Last year I went to BlogHer, a conference for bloggers, and while I was there I attended many-a-sessions having to do with blogging, writing, the numbers of blogging, bla bla bla. I’m not in to the numbers of blogging. I look at my stats about 4 times a year and if you look back through the archives it will become very apparent to you when I’ve done this. Because once I see a number to the people who read this site, I want to stop.

It scares me to know that there are people who are reading all about my silly life that I don’t know, even though I am well aware of this fact, not really knowing the concrete details or magnitude of it suits me just fine.

Now. I’m not all that. My numbers have gone up since past years and I have absolutely no formula for this what so ever. I currently make zero dollars from this website – and last year I made a couple hundred. Nothing fancy, definitely not feeding my family or even taking us out for a nice one on this little hobby.

Would I like to? Yes. I would like to make an income from advertising on this site, I just haven’t figured out the best way to go about that yet. And this has absolutely nothing to with what I originally intended to write about. That happens some times.

ANY WAY! At the conference they kept recommending that we make a “Fan page” on facebook. This was equally as weird to me as seeing numbers from stats on my site so I just put that little bit of information away for another time.

When I write here I generally picture my best friend sitting across from me while we’re drinking some wine and eating cheese. That’s about how scientific I get in this whole process. I’m me, take it or leave. And this is my life, take it or leave it. So this has nothing to do with numbers for me, but for an advertiser – all it is is numbers.

Whatever, I’ll figure that one out later. That’s for tomorrow’s girl to care about, but today, this girl only cares about her best friend sitting across from her, drinking wine and eating cheese. Just so happens that all of you are now that one best friend. And I want to meet you. I want to see your faces, hear your stories, give you stuff and get together. I want to see the other side of this website.

Promote Your Page Too

So I held my breath and made a fan page.

Then I uploaded this photo: 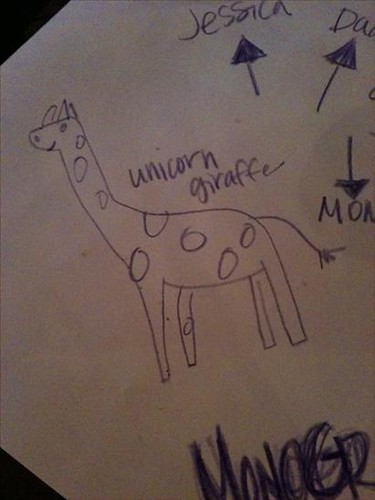 Which was originally from this tweet where no one played along with me. I was hoping someone would guess and then I could reveal that I was doing a giveaway but no one did, so I just left it to the world of facebook to figure it out.

A few hints later, someone finally did.

And here’s where I tell you how I feel about giveaways:

I like getting free stuff but it feels so very, very empty when I win something from a giveaway. Sure, it’s exciting – but most giveaways are just ploy’s to pump up a blogs numbers for advertisers. Am I wrong? I could be. But I don’t think I am. A giveaway is a win-win for both parties because usually traffic goes up and whatever the website is giving away, it’s generally been donated or gifted to the blogger for “review” so it’s really just an advertisement and you’re paying with your time.

I hate those giveaways. Like, loathe them. I don’t need more junk in my house, I have quite enough all on my own. In fact, I’d like to have less.

But I want to give you guys stuff. Not because someone sent it to me, but because I like you. Like I want to bring my mom flowers on her birthday. I just want to. I like to. It makes ME feel good.

I’ll probably do a couple here a year, no telling when since I’m not making any income to support that habit … but I’ll figure it out. And for now, I think the fan page is where it’s going to be. Because I like to see you, know you, hear from you and I care not a thing about my traffic or the numbers behind it.

Also? There are really, really silly things that I’ve always wanted to do. Aside from the life list items there are things like “I’ve always wanted to learn and then perform a dance routine” (think N’Sync or such dance routines) so how fun would it be if I let you guys tell me which one you want to see via the facebook page, then I learn it and make my own video of it … then post it to the entire world.

I don’t understand it either, but it’s fun. I like to have fun and try new things and I love doing it with all of you.