Today was a big day over here. Oliver got his first hair cut. 21 months old and today was the day.

Here’s a little story about hair. I love long hair on boys. As in, LOVE it. Always have. And curly hair on a boy? Oh my goodness. Stop it. Just stop.

Aaron’s parents weren’t huge fans of longer hair in the past – and I think it’s either grown on them or maybe they don’t have someone asking them to let allow them to grow it out. Not sure- but it seems like that argument has dialed down. Not that it ever was really – an argument. It was just a difference in me from them. One that we laughed at a lot together.

That’s important because I never ever thought Aaron would be the one who was against cutting Oliver’s hair. Everyone pretty much assumed it would be me waiting and waiting … hoping to see a curl and keep his baby hair growing – but nope. It was Aaron. He wanted Oliver’s hair to grow out.

Oliver might have curly hair one day. One day after a certain age and passage of time happens. I will not go farther with that statement. But who knows, maybe he’ll have curls before then. When it’s humid he has a few cutesy baby curls but it never lasts. 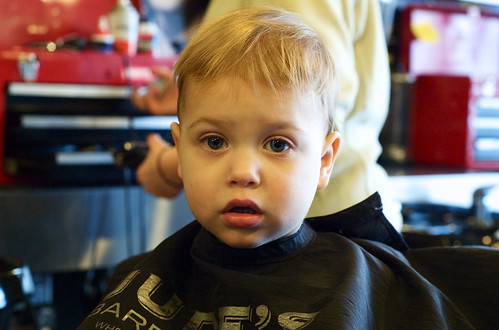 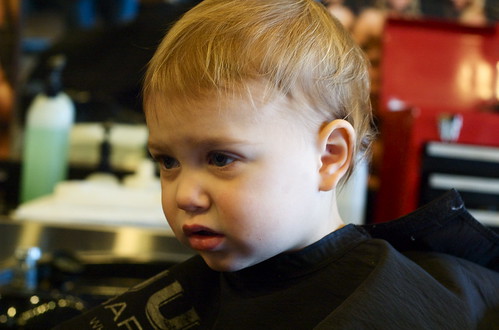 So. After realizing that it was time and convincing Aaron it was time to cut it we took him in today for his first cut.

I’m not a boy and have never told a hair dresser what to do with a boys hair so I pretty much said … I want it shorter on the sides than on the top … and I want to be able to spike it.

And away she went. 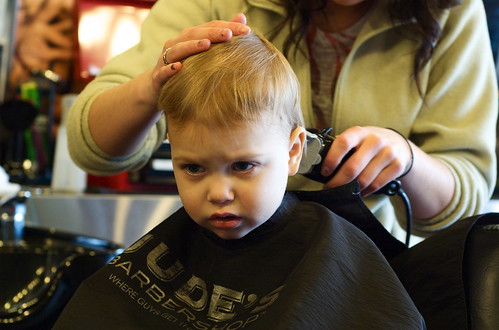 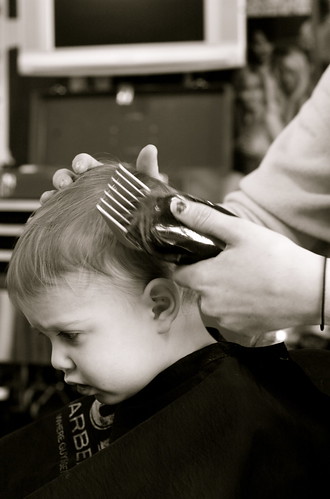 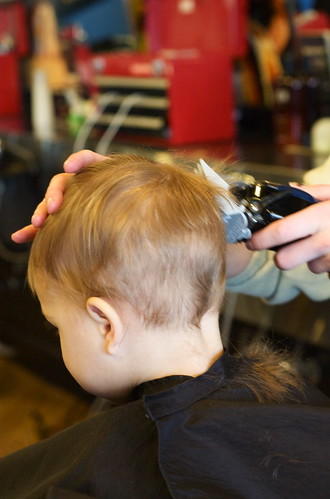 I had a hard time not crying when this was happening because so much of his “baby-ness” is still tied up in his hair. Cutting it just draws another line in the sand of time. It’s sad. I’m not ready for it, but here it is. And he’s ready for it, and loving it. And. Tears. 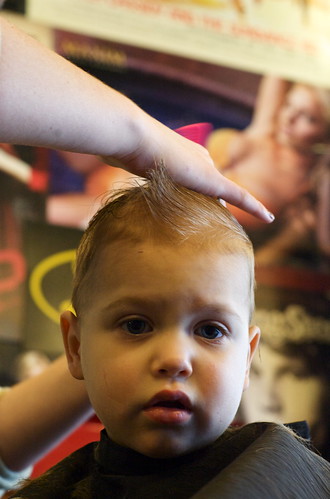 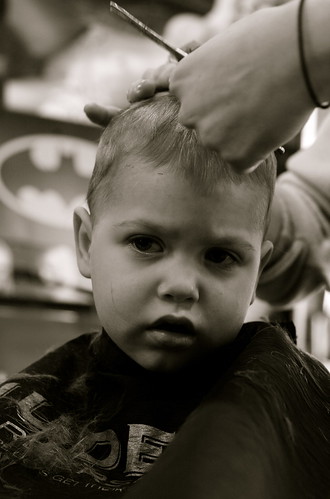 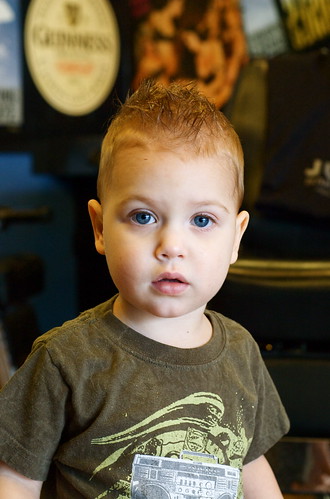 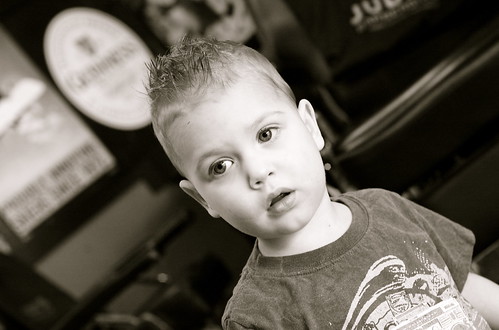 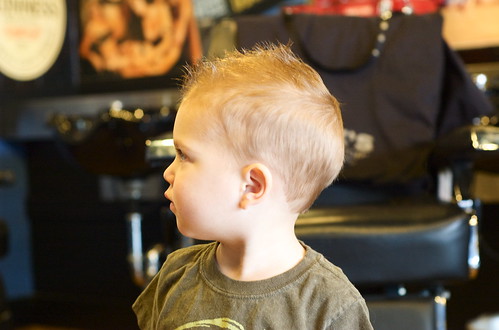 You are light to the darkness and salve to a broken heart. You are love. And you are mine.

4 thoughts on “My baby’s getting older”