I think I worry more now about my kids than I did when they were infants and it was expected of me to worry about them.

Mostly my daughter, actually. We have a relationship that I can literally feel pain when she bleeds but to touch her is like sand paper on her skin and she recoils. I always want more, she always wants less.

If there were leashes it would be very small with her choking on the length but panting from the short distance freedom.

She’s ready for more in life, more trust. More adventure. More of something other than this and it’s been a real struggle this past few months to occupy her mind.

The caveat is always trust, she (at age 5) has yet to show us that trusting her beyond her current parameters in our lives is a good decision. So we continue to hold steady right where are – all the while looking at each other with burdened eyes because we’re so damn tired from pulling on 750 pounds of Want forcing it’s way past our threshold. 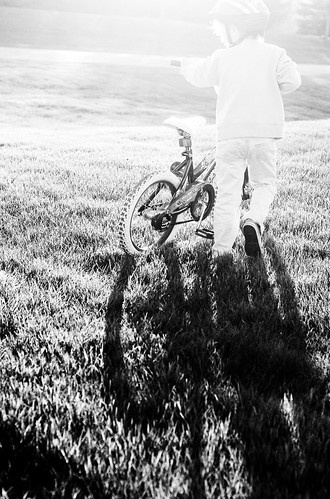 This morning we had her Kindergarten Readiness test done at the school she’ll be attending in the fall and I will not lie, I was having a small panic attack that she would get in the class room and FAHREAK OUT – which means running and jumping and, think of it this way … it’s like watching someone have electromagnetic therapy – strapped to a bed, biting on a rubber strap – only her eyes don’t go in the back of her head. She kind of foils at the mouth some times, but it’s never bad. It’s just always a little uncontrollable.

At which point in my panic attack I envision the teacher walking out of the classroom to tell me, dead on, that this must be a joke? To bring her here thinking she can attend SCHOOL?!?! I must be out of my mind.

Don’t you worry. I was frightened for naught. She did GREAT! Better than great! We have nothing to worry about! She’ll go to kindergarten! NEXT YEAR!

This feels like such a proclamation because we tried to get her into Kindergarten last year but was told the above … with less horror and more seriousness as to why we thought our child was smart enough to be in Kindergarten yet? She only missed the age requirement by 6 weeks. And she is fucking intelligent. So yes. I thought kindergarten would be fabulous. The folks down at the Other school? Not so much.

So we went another round of preschool, in a different preschool, and the past few months we’ve seen some regression in her attitude and her willingness to listen.

TURNS OUT SHE IS BORED OUT OF HER MIND.

Thank you Jesus! She’s just bored! She’s not trying to taunt us or be awful. She’s NOT awful. I’m not doing it all wrong. It’s a waste to worry! I’m STEALING JOY! 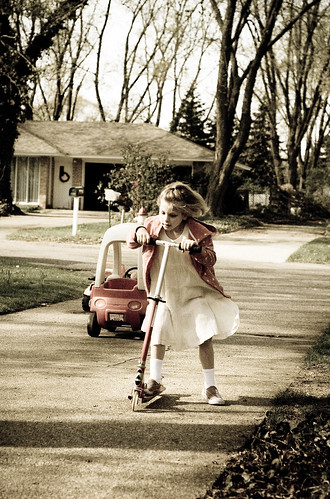 We got in the car after her test this morning and she asked politely for her brother to share something with her. ohmygodohmygodohmygod. She sang songs on the way home and skipped instead of walked, but still stayed close enough not to require a reminder from me.

Which is when it dawned on me, right there, driving home and listening the joyful noise of a child who finally has something else to look forward to, that she can deal with the next few months of water-play and gluing scrap pieces of paper together if it means that she gets to GO TO SCHOOL and LEARN when she’s done.

Sometimes my worries scare me, I think to myself, is this ok to worry about? Am I doing it right? Should I lighten up here or crack down there? Should I, would I, may I?

And then I get a moment like I had today, where I realize that it’s all working out. It is tiring and worrisome and stressful, but fulfilling and life giving and awesome.

So we’re strapping our boots on for the last leg of this ride. The one where I cry and thrash my way about it but know full well that when it’s done, I’ll want to do it again … and so will she.

2 thoughts on “We’re going to kindergarten!”