I had this incredible hate for anything medicine after she was born. She was absolutely perfect when she took her first breath – why mess with that? 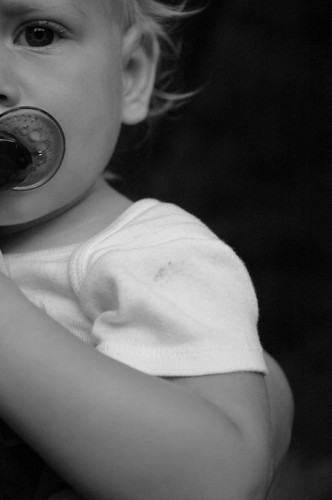 I have calmed way down and I now understand medicine and how it can help when warranted. Not that this is a huge deal – it’s done every single day and it only takes about 10 minutes. She’s going to have to have her tonsils and adenoids out early next month.

Although we’ve been to the doctor for her and she’s taken medicine before – we’ve never removed anything that was permanently there before. Those little tonsils (actually, huge tonsils) and adenoids were sewn together inside of me and placed every so carefully, masterfully and completely spell-bounding-ly exactly where they needed to be. 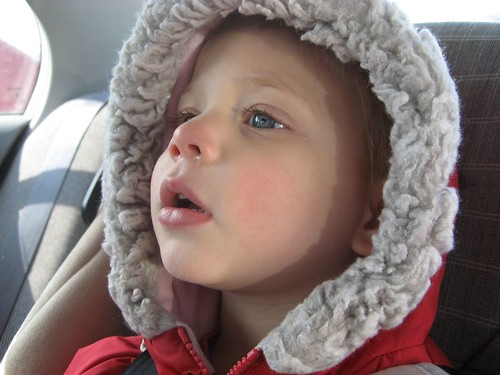 She’s all kinds of perfect in my eyes and it pains me that something isn’t right in her body. I’ve worried about her tonsils for a while now – she’s not gaining weight (has always been on the small side) but this winter it worried me. She eats fine, she sleeps not fine and she’s in school. Her poor body is run ragged daily and she can’t catch up.

So, rest it is. And lots of pop, she was told by the doctor. (Aiyiyiyiyiyi – we don’t buy pop or let the kids drink it often so when she heard the doctor say that she turned to me and said “I know it’s not our rule but he said it so it’s a new one, just for me. I get pop!”) Yup, she gets pop. And probably a stuffed animal (what I got after having my tonsils out when I was 11) and hopefully all kinds of cuddles, and hardly any tears. Because I can’t fix that right away. It’s going to hurt. And I’m going to cry with her when it does.

Here’s to praying that on the other side of this we’ll get her back. 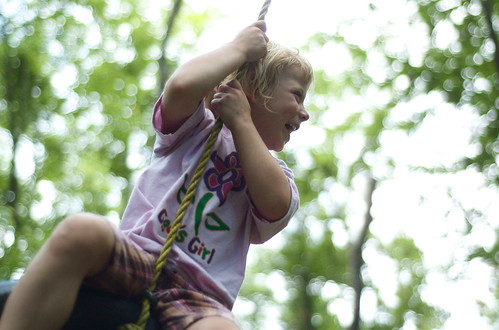 And when we do? We’ll party the tonsils and adenoids farewell in a “Thanks for coming and being there for so long, you’re a trooper, organs. But now it’s time for you to go.” fashion.