Last January … almost exactly one year ago today my friend Stacey and I got together for coffee and she had this idea to do a conference.

Oh. Well, sure! Why not. August of 2009 I had been to my first ever Blogging Conference with Stacey in Chicago, we wanted to go to more but didn’t want to travel as far as the conferences were … so we planned our own.

That afternoon Gleek Retreat was born and the next 5 months were spent working full time hours (each) on making it happen.

Stacey and I knew that the year ahead (after an amazing weekend of launching the first MidWest bloggers conference of our kind in the area was a major success!) was going to be a busy one for both of us and conversations lead to being approached to sell the company!

Plenty of emails, meetings, consultations with legal and more emails later we sold Gleek Retreat to Julie at the beginning of this year. 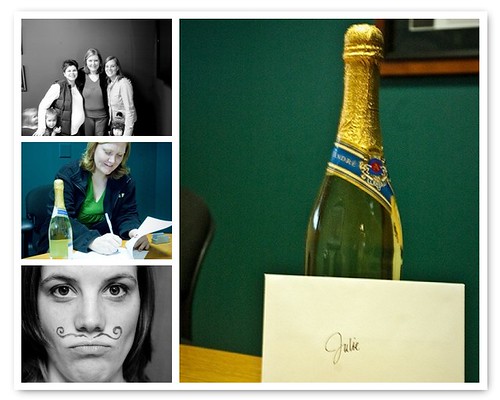 As I said earlier this month I’ll be at the conference again this year in a completely different way. I’m going as a guest.

Here’s to flying high on dreams that come true.