Welcome to jodimichelle! If you’re here because of the OnePrettyThing tutorial you saw about the Board and Batten wall on the cheap I’m so glad to have you! Feel free to catch up with me in the comments, on Facebook or even on Twitter

This isn’t a brand new idea at all – tutorials are all over the place for this and I scoured them to find the look and inspiration I was going for on the smallest budget possible. This is just what I came up with. I didn’t need power tools more complicated than a drill, instead the cuts I needed to make I did by hand-saw. I’m not a perfectionist so I let some of the mistakes show on purpose. I think it’s prettier. 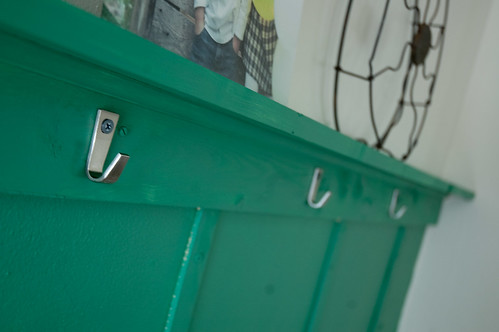 I chose the green color here (which is not to everyone’s taste, I know) because I spent the ride away from and to home looking at this shade of green underneath bridges and over passes and all over the journey. So it’s a memory I want to hold on to. It was peaceful and one of the colors that I want to keep in front of me for a while.

Here’s the before photo: 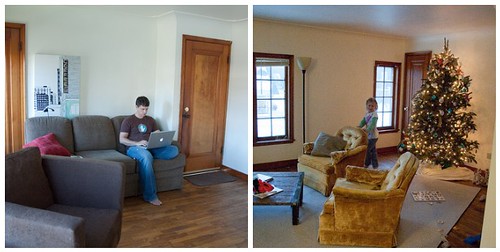 That includes tax. Supplies I didn’t buy were my drill, screws, the hand saw and the rollers/brush for the paint.

I started the project by lining up my batten boards 16 inches apart and trying to get them centered between the left over space on either side of the end batten. It varies a tad (because again, not perfectionist here) but there’s 11ish and 12ish inches left over. Worked for me 🙂 (I also had to take into account the vent and a socket) 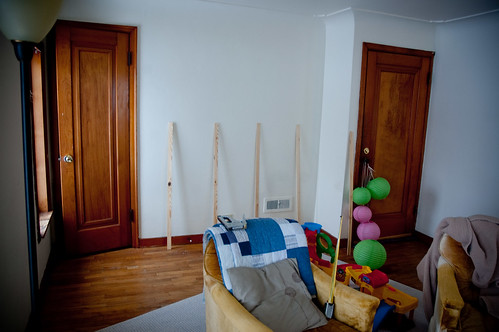 I went about attaching these boards to the wall with a staple gun and 1/2″ staples. Bad idea. So then I tried glue+staple gun and that continued the bad idea. Then I screwed it. Literally. 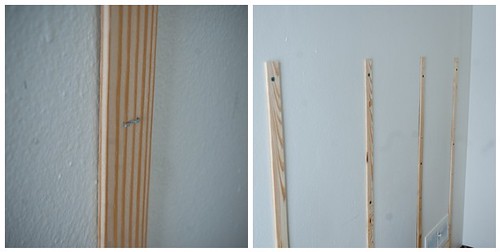 Then I was ready for the top piece and the accent shelf piece but I needed to cut the 10 foot boards down to my 76 3/4″ wall size. I debated whether or not to hall the wood inside so I could use my power saw (it was seriously cold yesterday) but I decided that was a lot of effort just for a simpler method so I stayed outside and used my hand saw for all 3 pieces. Each of the 1X4 boards and the Bass deco shoe molding needed to be cut to size.

There aren’t photos of this process because my helper was my 2 year old and he was more interested in the snow than a camera. Also? He’s not very trustworthy with expensive things.

I pre-drilled all my holes so my screws would sink easier for me. I applied wood glue to the bottom of the “shelf” board before I screwed in reinforcements then simply glued the Bass deco shoe molding into place. 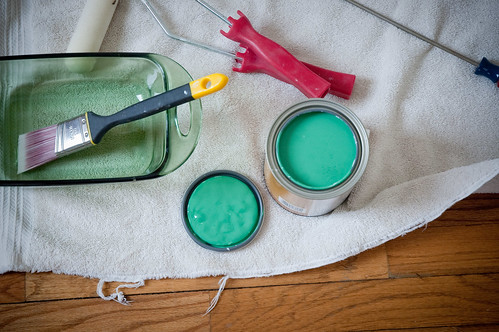 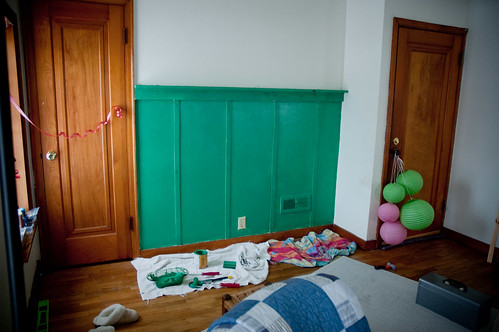 It took 2 good coats of paint and a few touch ups after that. I bought the smallest amount of paint possible and have half the can left over. 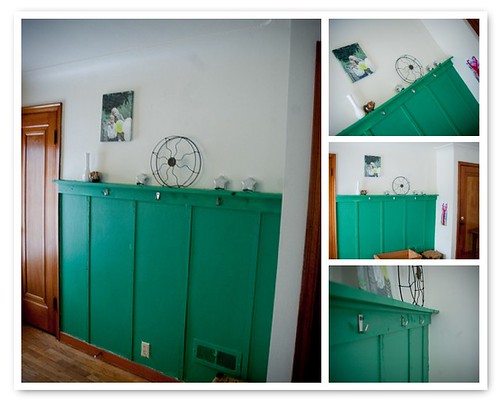 I played with what to actually put on the shelf – where to hang photos and what photos? I’m still not in love with the final product of display – a little to country-bumkin for my taste but it’s a work in progress. I hung 3 hooks we had sitting around and I’m planning to make some fabric baskets to hang for the kids so they can throw their favorite toys in there and not have the living room as their dump.

Final inspiration for the space taken from Centsational Girl and 320 Sycamore. 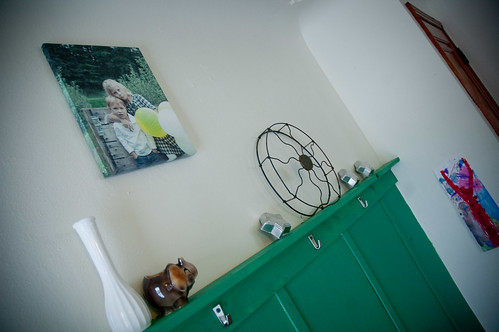 The old GE fan cover is a cheap-o thrift find I grabbed in Oklahoma, the little elephant planter is actually a gift (also from OK) for my favorite Mother In Law who loves Elephants (Surprise!), the jello molds were a $1 find at thrift store (for all 3) as was the milk glass vase for .50 cents.

Art by my favorite artist currently: 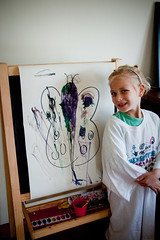 I was going to do up some poof balls to hang from the ceiling for additional definition of the space (like this) but didn’t get around to it yet. Should I?

What else should I do with that shelf? I have to get some more photos to hang but we’re more eclectic and modern than country chic. Think: Functional Restoration Junk meets Modern Minimalism.

But for less than $30 we spruced up these WHITE walls and gave the room a little more function for the kids. I’ll be scouring Craigslist for a bench to add to the space for them and I have baskets for storage etc. This place will look like home in no time and then we’ll probably move. 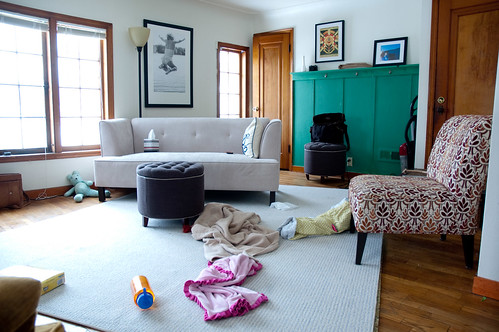 6 thoughts on “How To: Build your own board and batten wall”