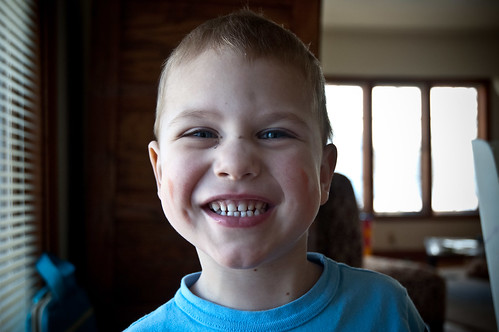 Ah, so last week instead of taking his nap he found my make up bag. Which, why was it in his bedroom in the first place?

I think I’ll have unanswered questions where he comes into play for the rest of my life.

He applied eye liner even. 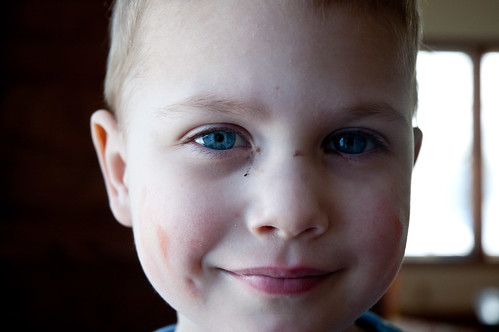 I’m just really really glad I don’t have lipstick. My daughter did stuff like this, sure, but way less often and usually with less hilarity. Like painting my dining room chairs with her handprints after repainting a wall in our old house.

She’s her own kind of monkey. And he is curious and way too adorable to be naughty. But so naughty at the same time.

We’ll worry about her in about 7 years. She’s already told almost daily how pretty she is by strangers, we have to focus on making sure she’s pretty on the inside too but allowing her to be confident. We might be Card Carriers by the time she starts dating. No way I’ll trust a guy with her. Nuh uh.

And him? I don’t think any mother of a girl he might try to take out should trust him either (I will, by that time, have archives of proof of his antics). And the girls that swoon over him? Ladies … he’s mine. For ever.