I’ve eaten my words before as a blogger just never on this big of scale I don’t think.

How appropriate that we announced the day before April Fools that we were buying a house and now the day before we were originally supposed to close on the house we’re announcing that in light of recent events while trying to make this deal happen … we will not be closing on the home, we won’t be moving. 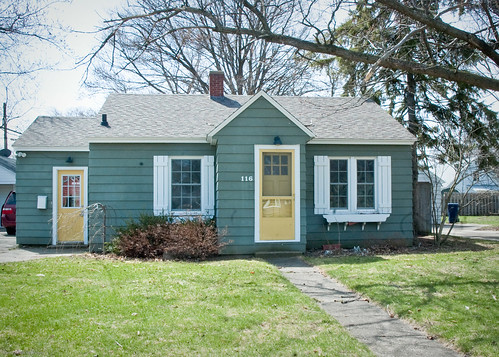 It was a whirlwind right from the beginning and I went right into answering questions and explaining our thought process on buying.

Then I got scared and really stressed out. All the while behind the scenes our excitement was turning into hope which later would turn in to feeling like this was impossible … which ended up feeling like this just isn’t the house for us.

The actual details of why this isn’t working for us are going to stay private and I’ve definitely learned my lesson on sharing life altering (or situation altering) preemptive decisions with the internet.

It ain’t done til the ink is dry. And unfortunately we never got that far.

I’m not walking away from this without learning a few other great life lessons – Stay the course being one of them.

Our plans for housing are still uncertain. We plan to stay in this apartment a while longer before we try to buy another house – and where? … well, that’s anyone’s guess.

It’s been a hard road for me because I’ve discovered that I’d really just like to have things go our way, period. That’s not a new feeling … and I’m not alone in feeling like this – but after the last year of huge upheaval and life style changes you’d think I would be well attuned to the fact that – hey! this is an adventure! Take is as it comes but keep your eye on the goal and be kind, humble and thoughtful while doing so.

On the company front for us, which ultimately has a huge say in where we live and how we go about it, is full of possibility right now. So, more waiting. But less panicking.

We are exactly where we’re supposed to be and I’m ready to fully embrace that idea.

5 thoughts on “Well this is a doozy”