Our kids have been sharing a room since last July and recently we switched bedrooms with them. They had the smaller room with bunks while we had the bigger room with well … lots of room.

Here’s their room right after we moved: 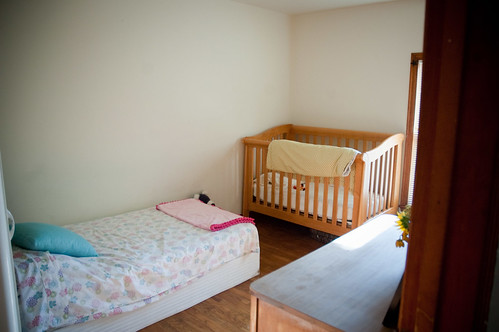 And after we said good bye to the crib and hello to the bunk bed! 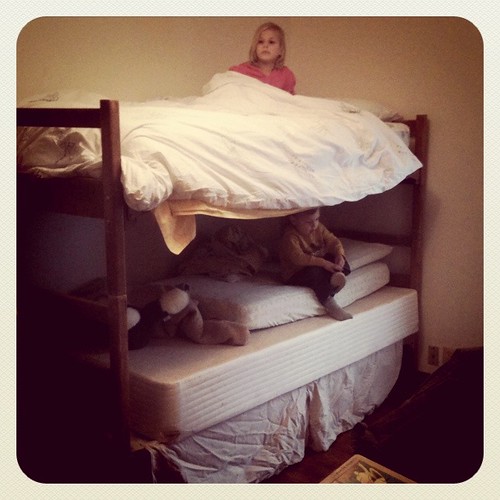 Here’s our bedroom right after we moved: 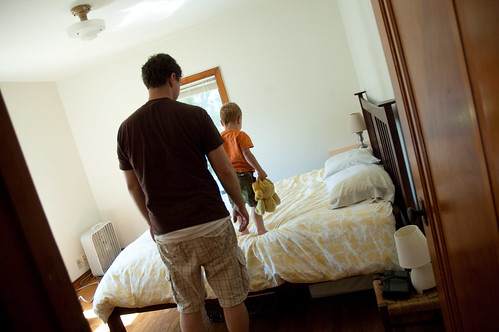 Here’s the gist of our layout before the bedroom switcheroo: 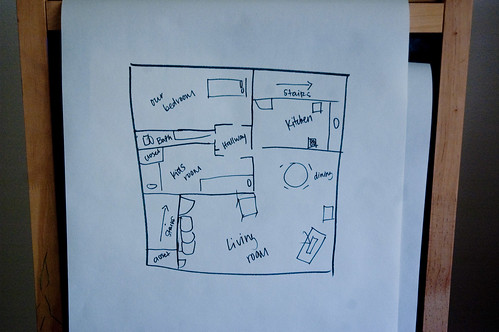 The kids are now in what was “our bedroom” and their bunks are disassembled. Which is amazing. I can now put my boy to bed without gouging my skull on the underside of his sisters top bunk. And glory glory I can again lay with my daughter and giggle, read and dream with her.

However the whole “sharing a room” thing has been on it’s last leg over here. From a six year olds perspective here’s why:

Being woken up every morning by your more-than-chipper younger brother was cute the first time. The 700th time? You’d like to just sleep in already.

You now make signs for your bedroom door that read “No boys allowed when Jessica’s changing her clothes. Dad is ok.” Which phonetically looks like a mess, but we totally get the message which is: Hey Brother! Get Lost.

When you’re completely flustered and just need a minute to yourself to recover and regather your thoughts and composure the outburst of “I wish I just had my OWN HOUSE!” really means: SOME SPACE PLEASE PEOPLE!! SPACE!!!!!!!!!!!!!!!!!!

Since disassembling the bunks you’ve finally been able to go to sleep in your own room instead of being put to sleep in mom and dad’s bed and then later moved to your top bunk … because everyone’s exhausted after a day in the sun and dirt and going to bed an hour later than your brother actually means he’s sleeping.

Going to bed an hour later is like living 40 years longer and being wiser by the second. The air of “I was born first, this is my right.” is thick in the air when bedtime rolls around; the 3 year old fights being torn away from toys or tv while the 6 year old gleefully sits and plays to the backdrop of the nightly tantrum.

There is torture that she willingly participates in. A reminder to the rest of the family that she was here first and we did this to her. This sibling thing. This sharing a room thing. This BROTHER.

She loves the kid and it melts my heart. But she’s so over sharing a room with all his tractors, batteries and his hoarding problem with popsicle sticks and stickers. His constant self inspection to make sure his penis is still there – grosses the girl out.

He wags his butt at everyone. Acts like a dog and baby kitty. Doesn’t understand that hands are not for hitting and has an arsenal of noise at his beck and call every minute of every single hour of every single day.

So I can’t really blame her for “teaching” him how to wash his four wheeler in mud. Then showing him with her hands how to ride it around in his clean clothes. She’s not getting back at me or her dad there … no no … she’s getting back at him.

And his internal alarm clock. And his weird way of showing her that she is the best thing since a hershey’s bar in his eye.

It’s been a three year study on his part to be so incredibly inlove with her. 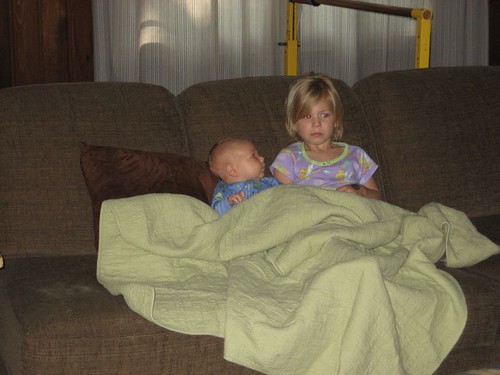 And she’ll never admit it but it’s been a three year study on her part too. Only for her, it was instant. 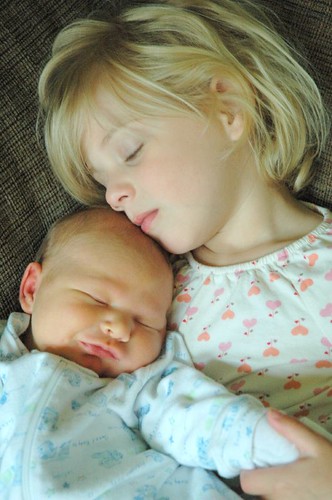 One thought on “differences”