How’s the No TV challenge going?

Well, we have our days where we still abide by the challenge but there’s been more screen time in the last 5 days than I was originally setting out to allow.

There was kid puke involved at one point, baking a wedding cake (which I promise did not coincide with the puke, Molly.), working behind these scenes on projects and freelance jobs. And my calendar? It would like to attach itself to my brain and not leave me alone.

We’re busy playing with friends and meeting at parks and having a constant battle about when we can go swimming SOME MORE, MOM???!!!!!

So last week at some point, couldn’t tell you when, we did a movie night after a wonderful day of the kids playing house, making forts and my drinking a pot of coffee all on my own. 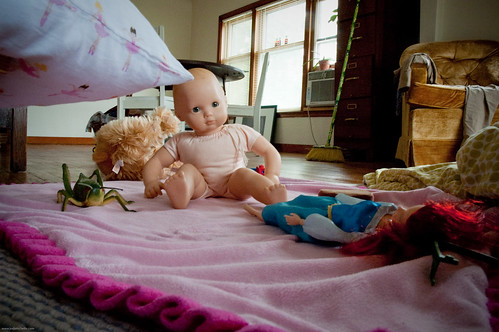 This is a doll my daughter got for Christmas in 2008. Lord have mercy, there was a baby in our house back then ….

But since that day she never really played with it. Could have cared less if the baby was head first in her toy box. Even after we took her to see Toy Story 3 when she believed all over again that her toys really do come to life.

All of a sudden last week she realized this baby was still in her possesion and SHE HAD TO MOTHER IT. Then she had to bus this baby around, care for it, have two more babies (she talked to God – thats how babies are made) and then dropped her off in my kitchen for me to babysit so she could hang out with her friends. 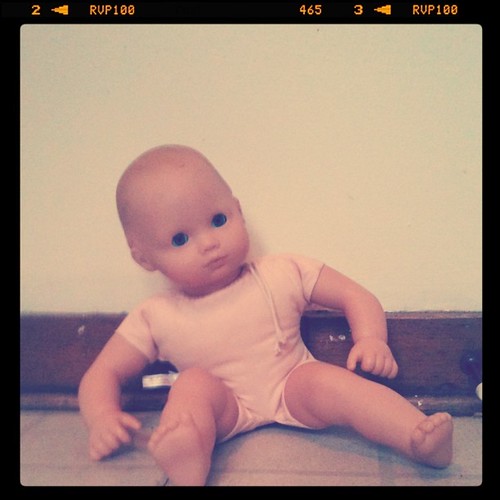 I was a tad speechless at that one. But she was such a good mom to that baby. Who has been through at least 7 name changes since.

Sally, nope. Cindy, no. Riley, for an hour. Bethany, not a chance. Makenna, considered it. Aiudamay (Spanish for help me), seriously considered it. Jasmine, not so much. Ellie, nope. Grace, no thanks.

I think we’re currently between Sally and Cindy. She keeps changing her mind. 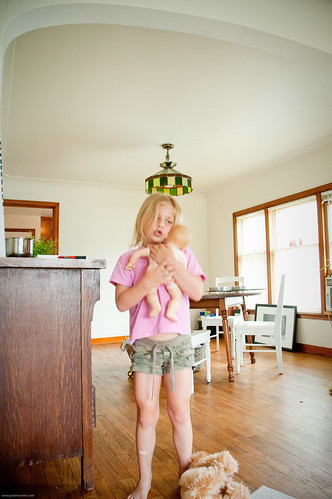 After Aaron got home from work and we ate dinner the kids were begging for a movie night, you know, where you actually rent a movie and not watch instant netflix? Thank you AppleTV for iTunes rentals.

We rented the RENT out of Gnomeo & Juliet. And our fake nameless babies, pretend currency and pancreas loving carrots got together with four spoons and a bowl of cookie dough to have a family movie night. 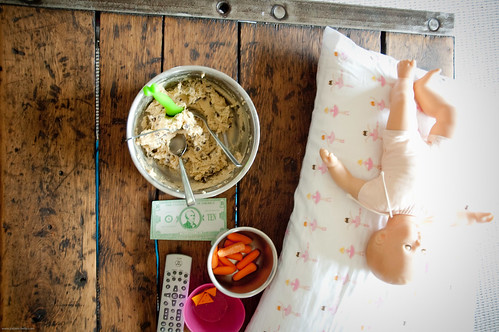 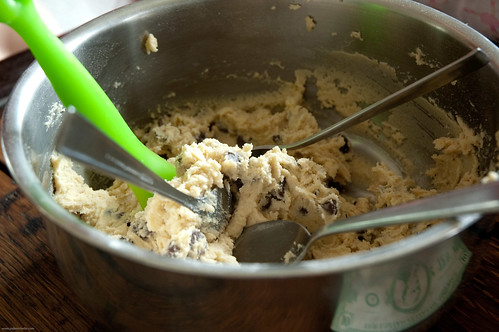 Some of us were more eager than others. 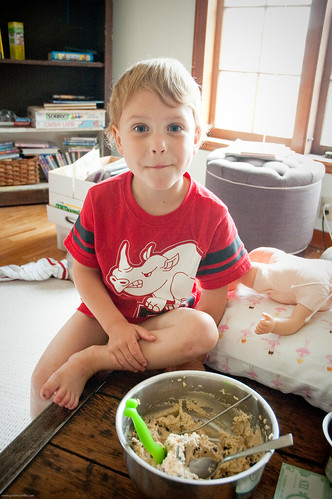 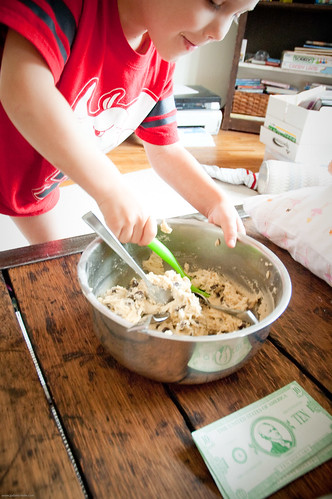