Welcome! If you’re passing through from another site, thanks so much for stopping by! There’s a lot of great ways to stay in touch: Facebook, Pinterest, Twitter or Google + and Linked In.

Thanks to Anne from Give Studio I bring to you today a simple, quick and easy tutorial on hand drawing maps.

I had in mind to use maps as treasure hunts for my kids but also as a memento of the time we’ve spent living in an apartment smack dab in the middle of our town. I wanted to figure out how to make a memory of the walking routes, favorite parks and all the trees we’ve named as Chip and Dale’s.

A few emails later and Anne was totally willing to sit down with me & talk me (and my camera) through the process.

She hand draw’s maps for clients who might need one in their invitation – then scans them and tweaks them in photoshop. I don’t have photoshop so this tutorial brings you through the drawing of the map only. If you get to the fancy pants photoshop and figure it out – let us all know!

Your computer (or a map you’d like to sketch from)
Sketch paper
Markers, pencils … whatever your medium flavor might be. 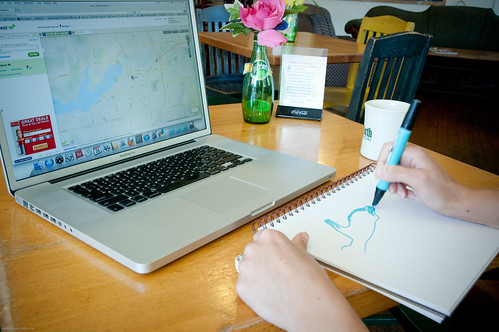 Having fantastic style and amazing handwriting might also come in handy … 😉 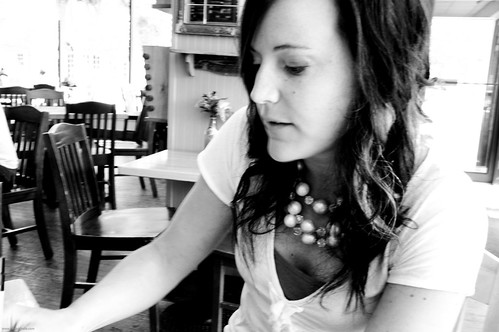 Seriously though – some times the best gifts are the ones we spend time on with our own pens & papers. Not everyone has legible handwriting – but a note from you, in your own type is something always worth saving. So at least try.

Anne started out by outlining the anchoring factors of the map: the lake for this one. 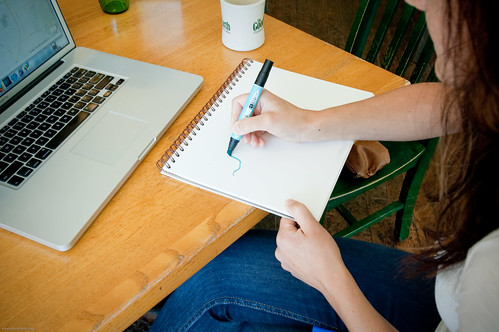 It was quick, but efficient. She took her time on the details like writing and filling in spaces but also wasn’t afraid to just start drawing. 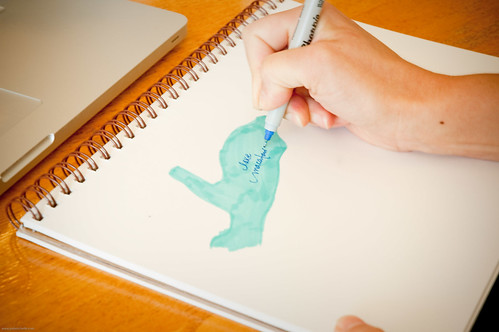 Add pizazz at will. 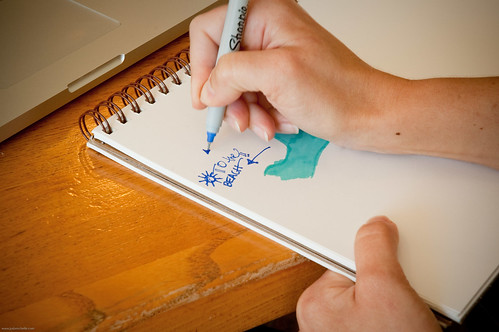 Pizazz can be interpreted as directional association as well. But pizazz sounds so much better.

From there use a larger tipped marker to ink the major roads. 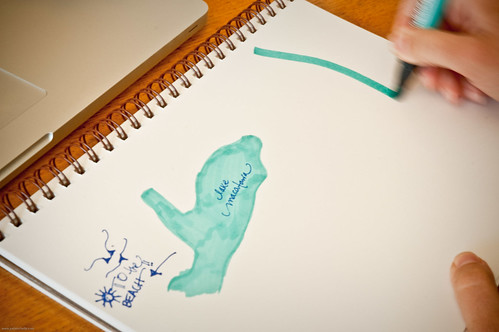 And build on your road system from there. Don’t feel that you have to include every single cross street. Depending on your reason for a map – maybe try using only the ones with large intersections or only the roads you know your guests are going to be using (turning on, etc). 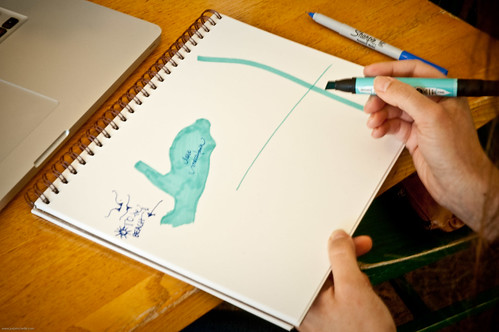 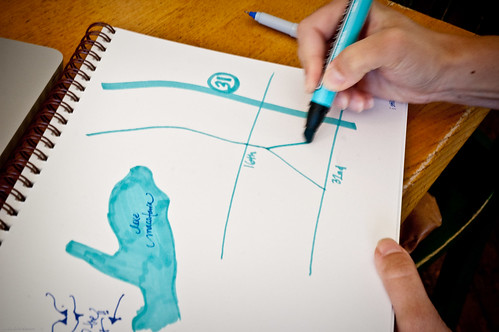 Have fun with the identifying symbols you might use for road signs or names. Flair it up, baby! 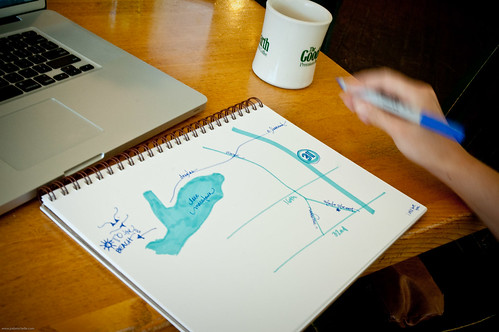 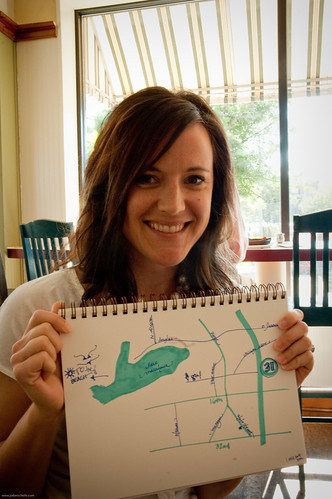 Simple, right? And painless too. I tried my first one this week and ended up doing a super small one (but it also included a lake) so I just went for it. (It took 3 try’s but I came up with this … ) 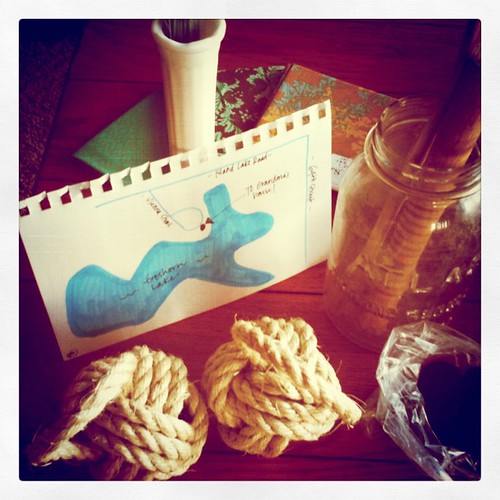 Lets see what you guys can come up with – what are you thinking of for a hand draw map? Have a fun picnic spot you want to invite friends to via map? Or maybe just a little something extra for your cork board? Snap a photo and then add it to the jodimichelle Flickr group! Can’t wait to see what you guys come up with!

Thanks, Anne! (You guys seriously have to see her stuff, stunning!)

Featured on One Pretty Thing.