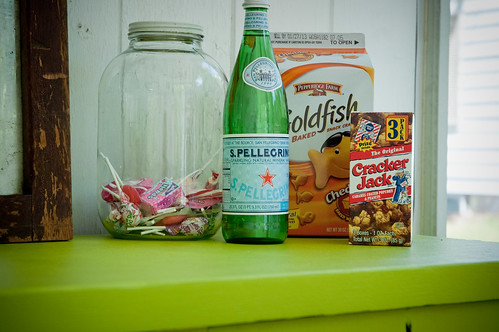 I’m ready for you. 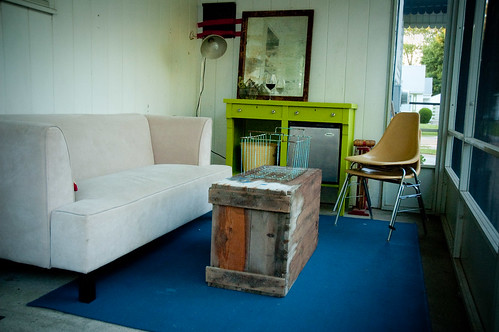 I spent a few days turning this: 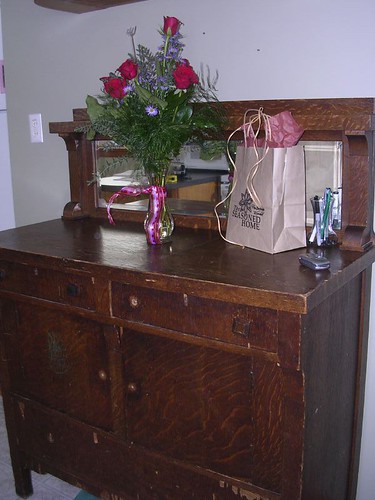 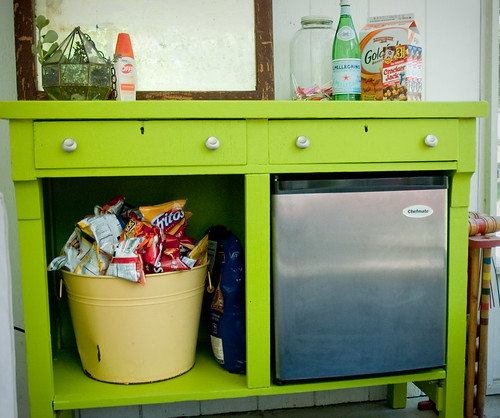 And I was totally inspired by this via Pinterest.

This was a very simple project and cheap too (who’s surprised?) I had to invest in a power sander ($50) and I bought the primer and paint ($40), as well as the mini fridge ($50) off craigslist. So my investment into this project rang up at roughly $140. According to Pottery Barn I just saved over $600 bucks.

Here’s how it went down. 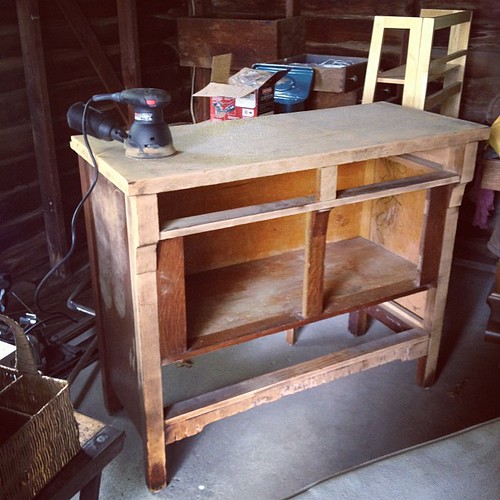 I took the drawers (there were 3) out, and the cupboard doors off. Sanded and then I sanded some more. I also sanded. I spent some time sanding then I sanded, while that was happening I was sanding the dresser. Then I sanded.

So, I sanded it down. Then I started taking it apart. Everything below the two top drawers had to come out and be rebuilt or scrapped: 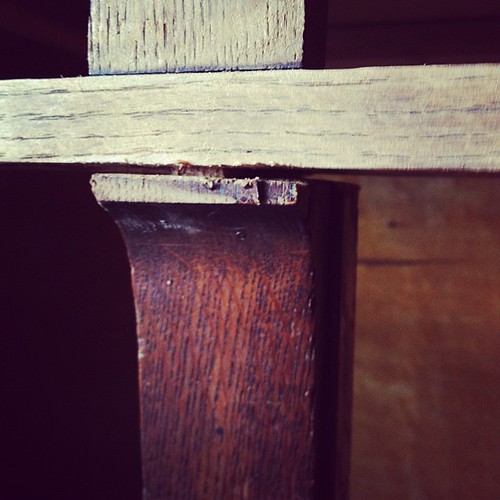 I got lucky and was able to shimmy it apart (I started with a straight saw, fuck yeah.) and dropped the bottom down to … the new bottom. 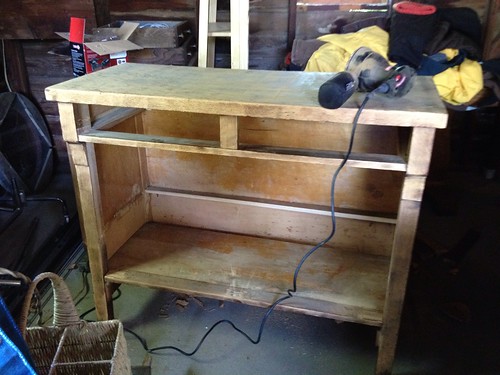 (That small piece still attached to the backing where the “bottom” first lived? I shimmied him out too. What with 9 nails holding that thing in? This sucker was not going anywhere without a little fight. I won.)

It was time to prime the snack bar so of course I prepped the area handed each of my kids and the neighbor kid a brush and said – go get em. 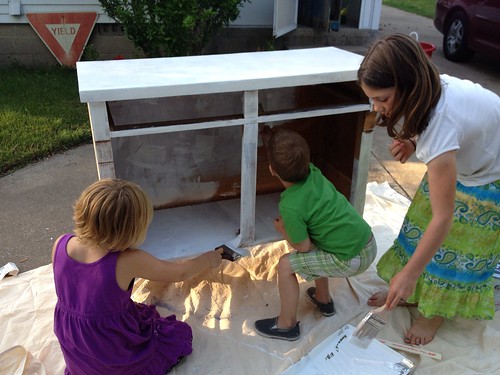 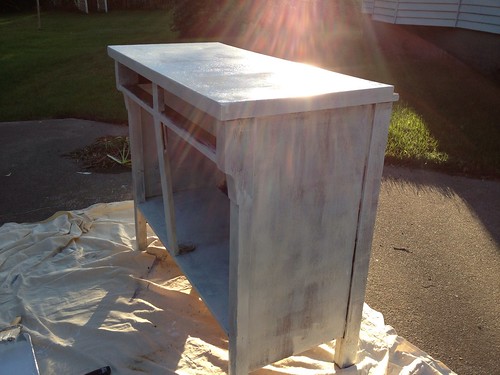 Once that dried I applied 2 coats of Tequila Lime that same night. 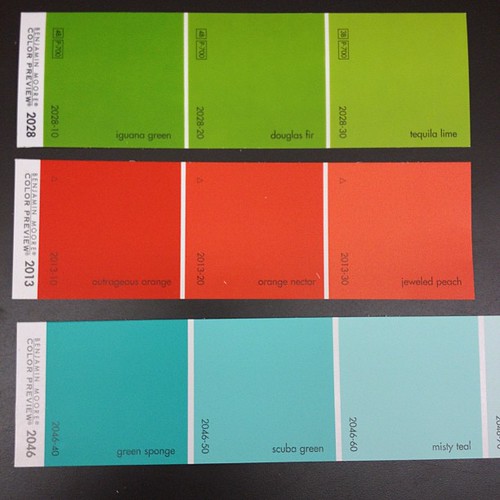 But in the morning I realized how awesome an idea it was to paint while it was dark outside: 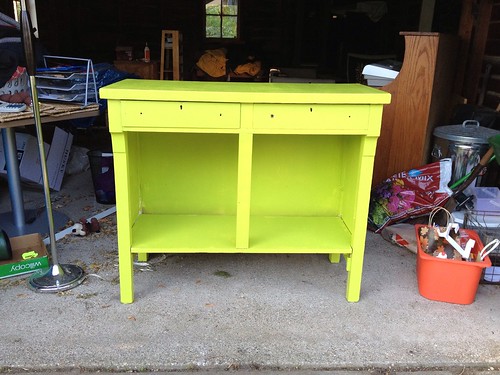 So I applied a third, and final, coat. 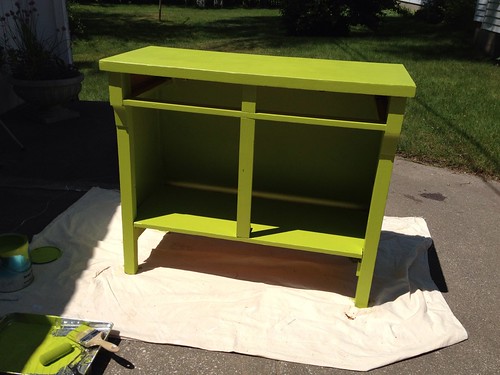 Let it dry and then got to work. 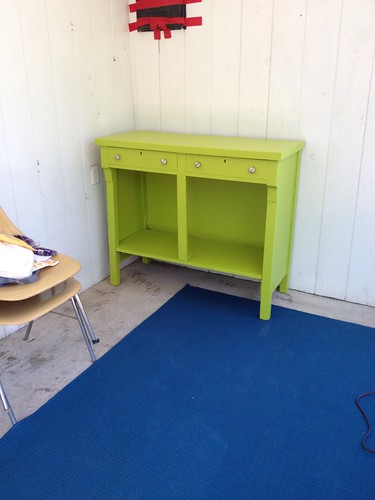 Let’s pick up the fridge! And then … maybe over there? 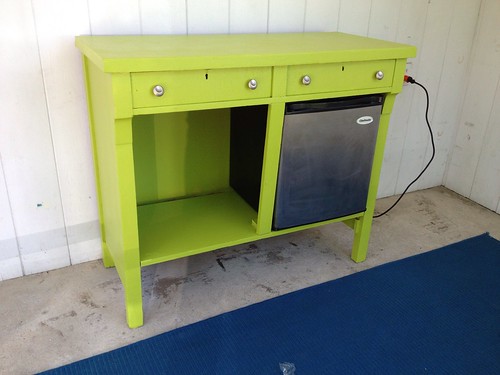 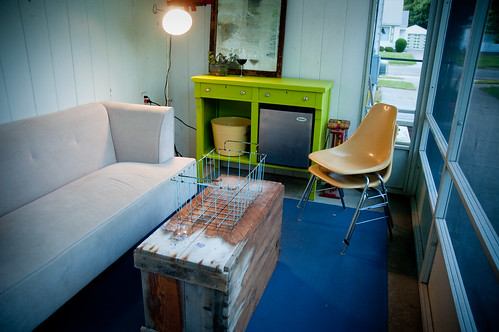 Aside from the supplies already mentioned the only thing I bought to complete this room were the yellow scoop chairs for $5 each while thrifting. 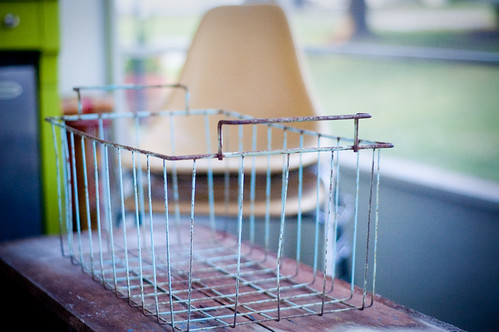 Everything else we already owned. 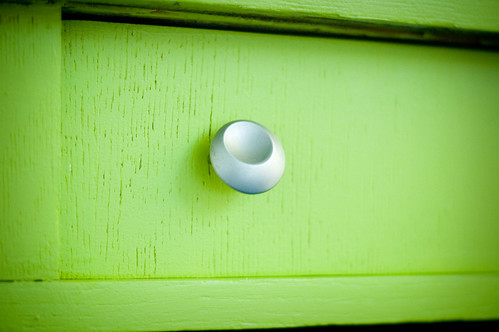 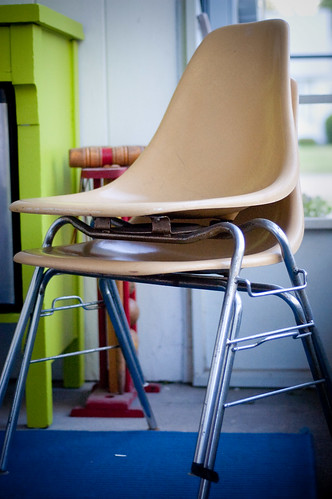 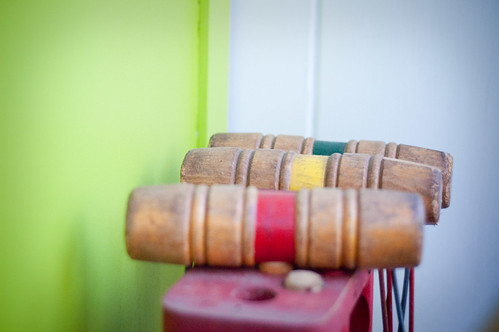 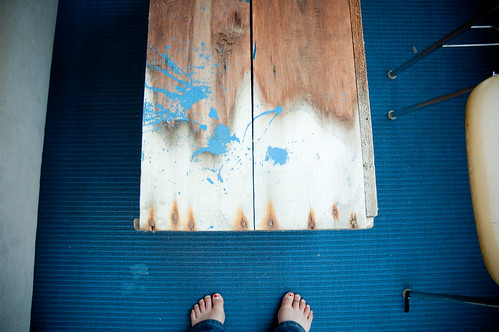 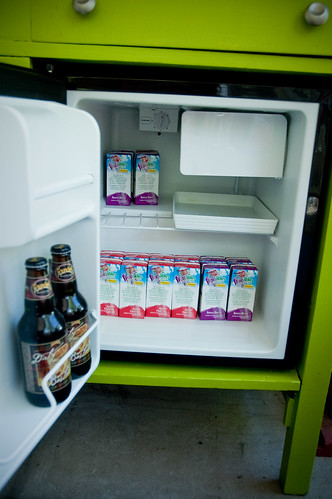 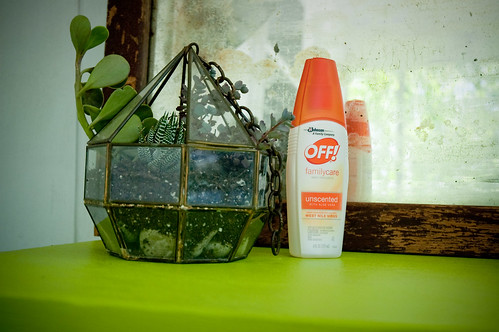 So in conclusion: you’re invited.

17 thoughts on “lets hang out”