We picked Jessica up from school a bona-fide second grader and instead of telling her rightthere we took her out to lunch first, then broke the news. 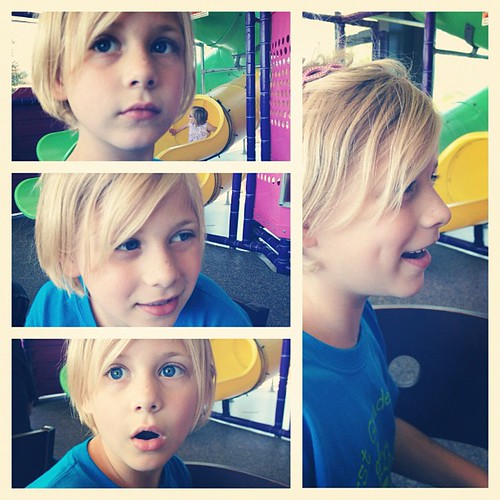 I didn’t plan anything for this trip – had no idea where we’d be that night and gave her the choice of telling me where to go. She was hankering towards Northern Michigan for a bit, then Toledo, OH (she wanted to ride a ferry) and then to Minnesota. She loves to climb trees so part of me thought we’d be headed to South Carolina, too – but she wanted to see her Uncle Justin and Aunt Erinn along the way.

A few resources I had BEFORE we set out:

Roadtrippers.com let me beta test their site (which is now open to the public) and that’s how I came across the Camp Wandawega – but couldn’t figure out what dates to stay there and how/if it would fit in our trip. I also downloaded the iPhone app for RoadsideAmerica.com and picked my region – which is how I found all the off the wall stops and attractions. 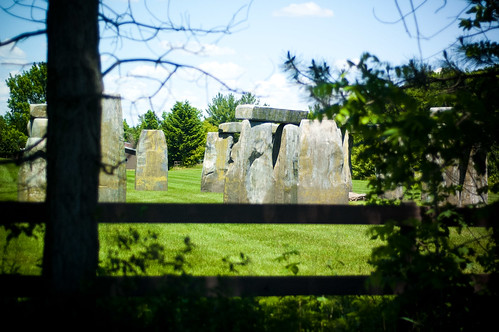 Such as a Stonehenge in someone’s front yard in rural Michigan. Perfect! 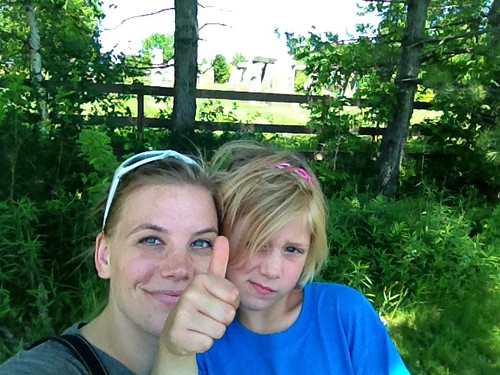 You basically search for Near You and all the attractions pull up on your map – then we’d pick one that sounded like fun or super interesting and detour.

I knew she wanted to ride a ferry and thought we might be able to catch the one from Muskegon to Milwaukee but didn’t know their schedule – and since we were going North (heading that way to Muskegon) and not South – (the way to go by car, around the lake and up to Minnesota) I was hoping I wasn’t making more driving for us if we missed the ferry or it didn’t work out.

So we stopped at our first Antique store of the trip, because we could. 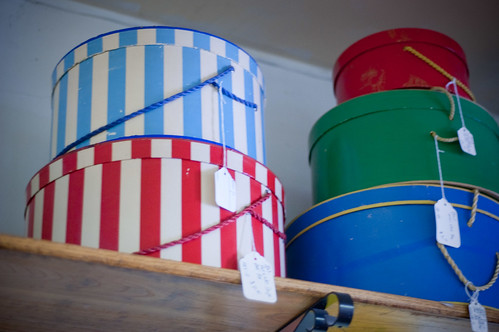 Somewhere along the way towards Muskegon on a dirt road out in the country she blurted out “This is the best life!” and I was proud. Proud of her for recognizing the magic and just so damn proud of HER. All of her. Then she told me she was worried about all the money I spent (I had gathered a few car supplies for her from the dollar bin such as pads of paper and pencils, a few road trip tip books that we never once looked at, and an atlas) and I told her she didn’t have to worry because money was a mom’s worry, not a child’s. And that I had been planning this trip for over a year, so it’s ok that I spent some money on her. That was the whole idea. 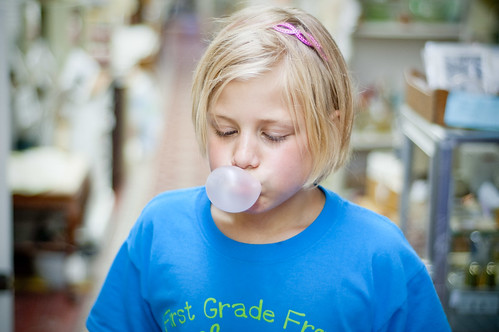 We walked around the Antique store, which was a good exercise for both of us to sort out what just happened. I think we both felt completely excited and a little overwhelmed. We were doing this, it was a little like a drug. And walking around that antique store we slowed down, together, and looked, together, and found a rhythm.

Jessica found a box of free earings and inside the box were clip ons, which was essential for someone with no holes in their ears. She picked out her favorite and off we went! 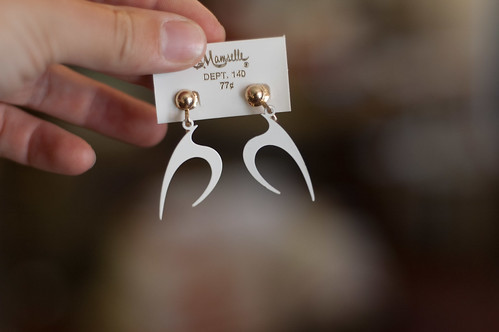 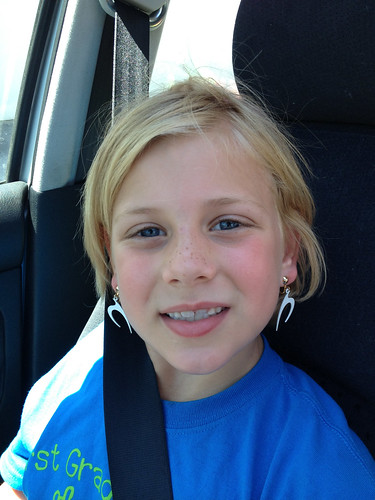 As we rolled into the ferry dock she screamed; A FERRY!!! THIS IS A DREAM OF MINE!!! and there was no turning back. I hope we made it. 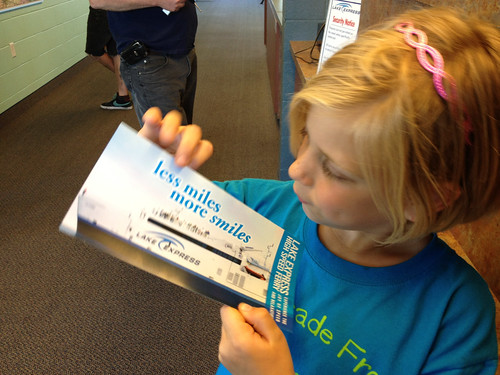 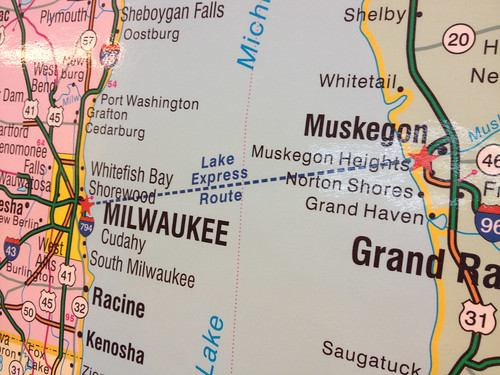 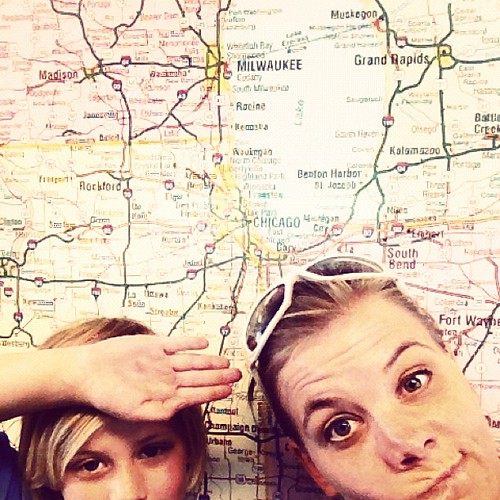 The attendant helping us buy our tickets said “You’re just in time, the last ferry starts boarding in about 15 minutes.”

Which of course was the most awesome thing in the whole world.

I had a few disposable cameras for Jessica to use on the trip – she could take photos of whatever she wanted (today we’re getting them developed!!) and no the docks she opened her first camera. 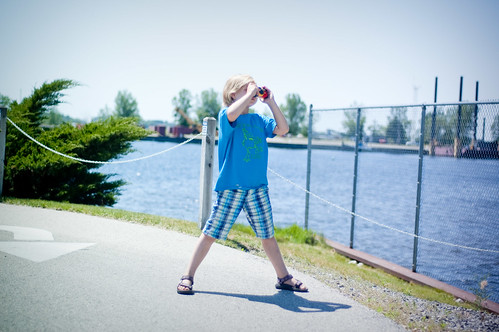 Inside the ferry we were a buzz of excitement and then, a bundle of tired messes. 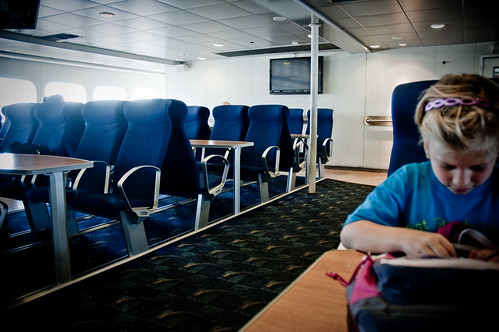 A ferry is pretty stinking cool until you realize it’s a huge boat that looks like an expensive cafeteria. With a view! 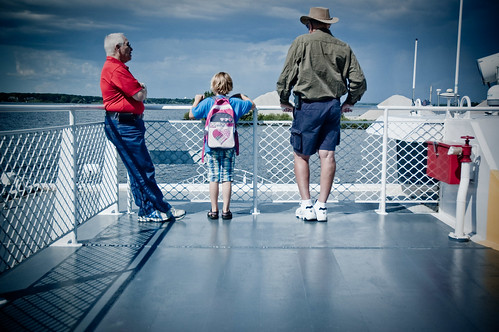 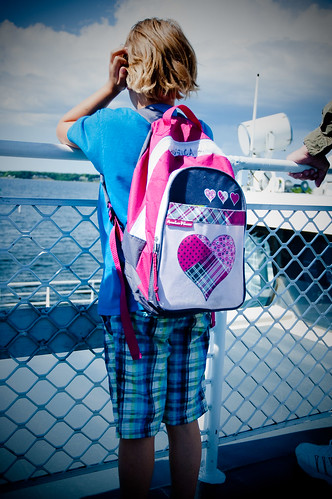 Just like that, we were off. Officially on our way to who knows what. 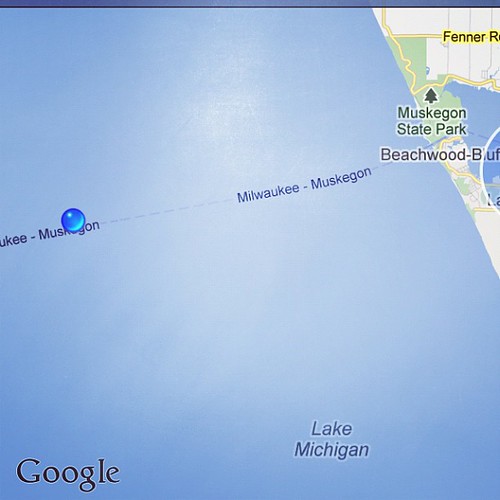 We crossed into Wisconsin in the middle of Lake Michigan and we went up to the deck to scream our way through it. Every entrance into another state is met with celebration and screeching. It’s a tradition. 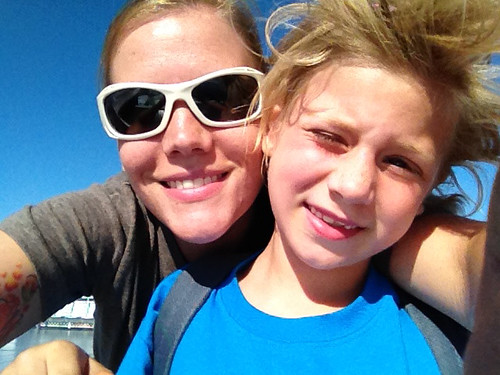 Jessica threw a monstrous fit back in the ferry. She was hungry after throwing her hot dog away 2 bites into it but her spending money was out and I wasn’t going to pony up $2.50 for a bag of M&M’s. She needed nourishment and a little place to soak this all in. Instead she thrashed around like a baby in my arms while making loud crying noises and scaring the other passengers.

I panicked a little bit. I’m not going to lie. What did I just do? Removed my kid from her normal routine and threw her into this pit of YES! and OF COURSE! with absolutely no routine or plan or final destination or … which is precisely when I finished the book Love Does: 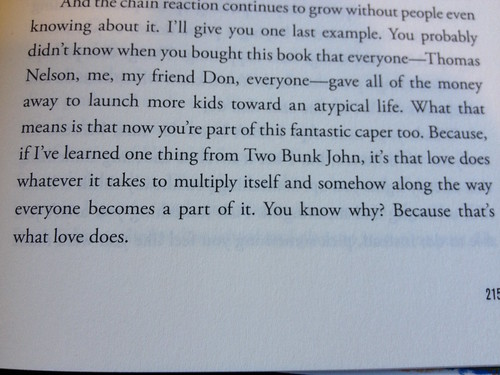 And I just knew. This was going to be amazing.