The suspense must be killing you. I know conclusively that more than 50 balloons fit into a Kia Rio. 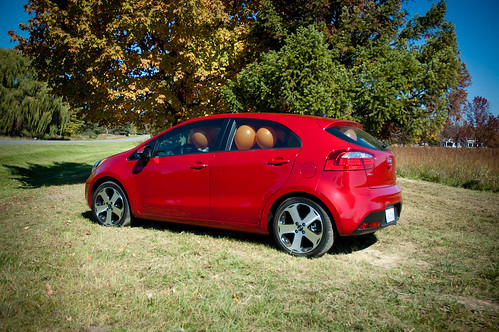 But let’s back up a second. At the beginning of October I came home to this in my driveway: 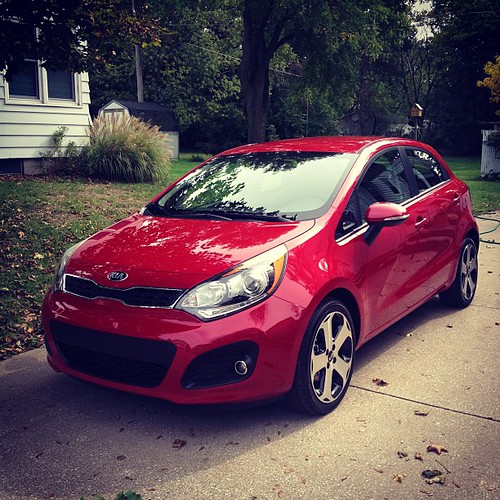 Oliver called it the “zoom-zoom car” – I parked my Alice in Wondervan and got right in that red bullet and took her out. A 6 speed manual transmission, a place to plug in my phone and listen to my own music and an interactive navigation system made the Kia that much more fun. We gave it our “O” face. 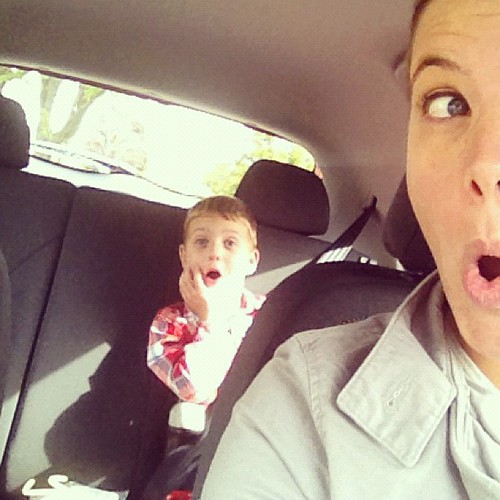 I didn’t have a trip planned so I came up with a few other ideas to have fun with the car for a week. 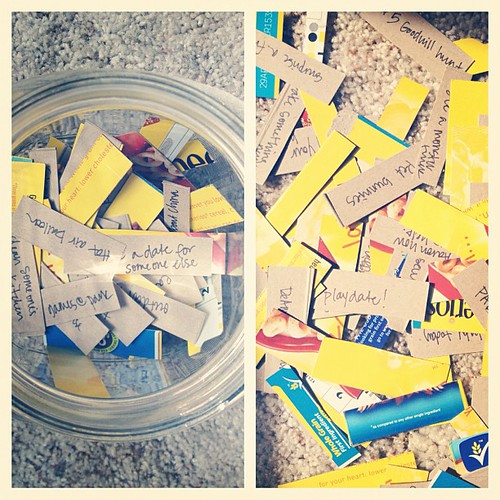 I took ideas from our Summer Jar and picked out the ones I thought we could cross off or take inspiration from while having a blast with the Kia, too.

I decided to see how many balloons fit in the Kia and rounded up my volunteers to help make this happen. I needed balloons, helium, coffee, the perfect spot and my amazing friend, Laura, to pull this off. Not unlike “how many bubblegum balls are in this jar” estimation game from childhood. Only better. And bigger. And less sticky. 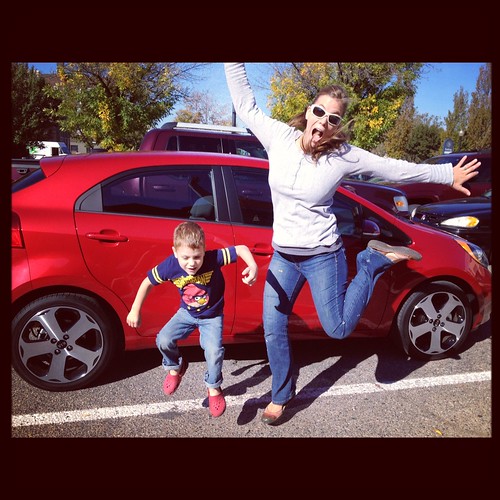 (Thanks to Laura Vaughn for this gem of a photo!)

We fueled up on coffee, discussed our plan and went on with the day. After buying a tank of helium (which only had enough helium for 50 balloons) we went on a little ride to find the perfect spot and it just so happens that the dream house is on that ride. So we stopped to say hi. The Kia was very polite. She’s a lady like that. 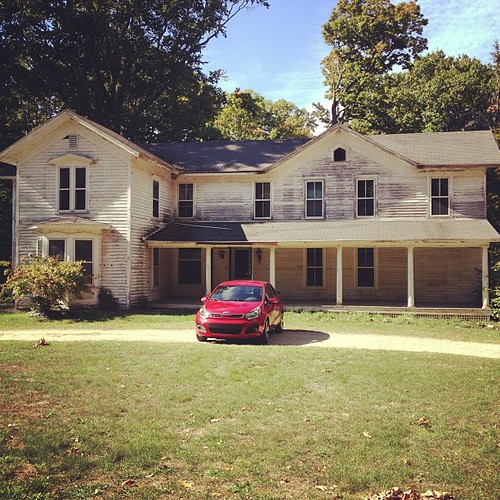 We ended up finding a clearing near a field with the fall colors in the back ground and it was a gorgeous day. We parked the Kia near a tree and started filling up our balloons. Oliver kept them captive in the car as we filled, tied and tossed the balloons his way. 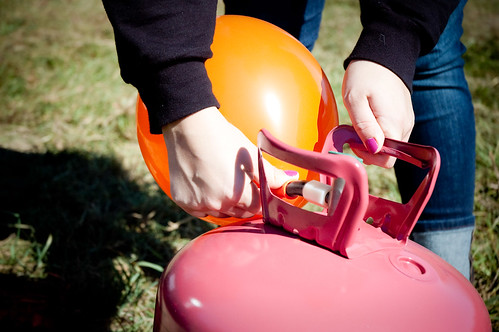 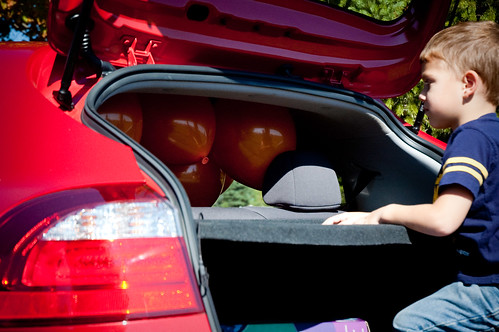 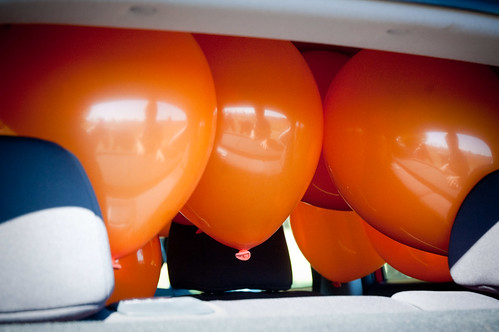 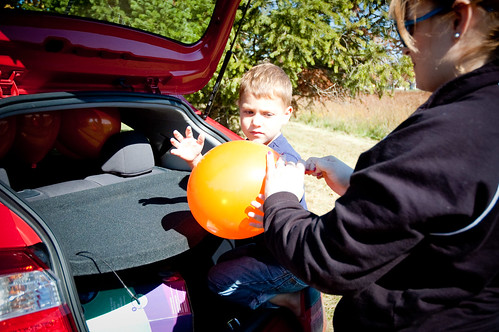 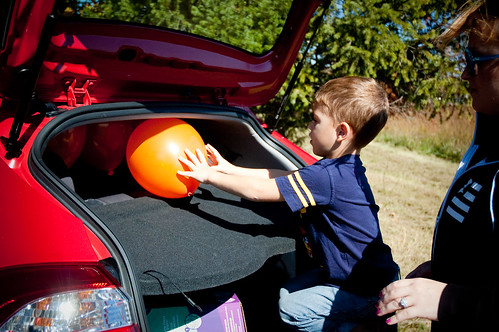 When we bought the helium we knew we probably weren’t going to be able to literally FILL the Kia with balloons since the tank only had enough juice for 50 balloons, so we know that more than 50 fit inside the car. Either way, it filled up nicely with the 50 we did have (and a few escapees) … 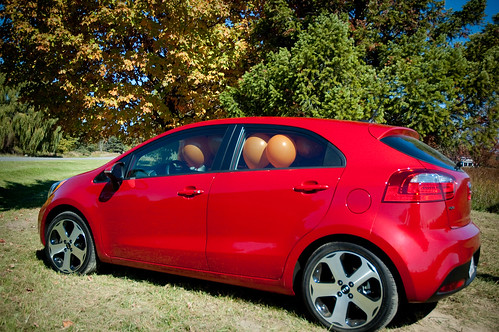 And then!!! Oliver stayed in the car with all the balloons and on cue he opened the doors and we all watched as they floated away. 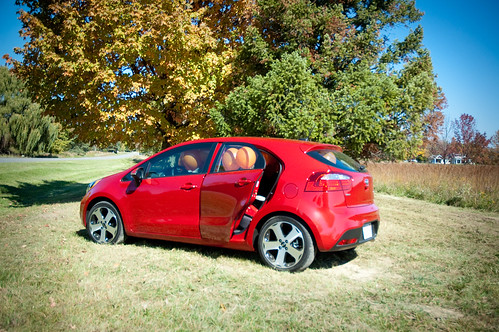 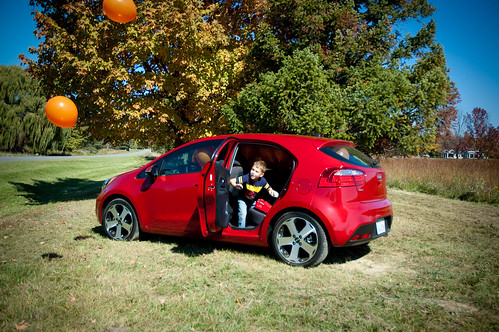 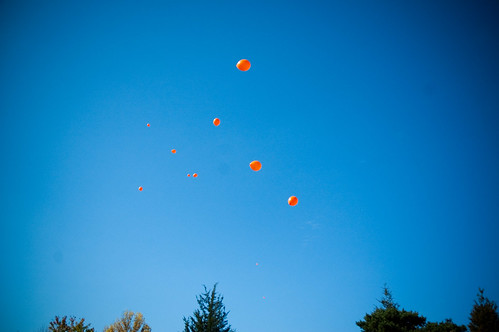 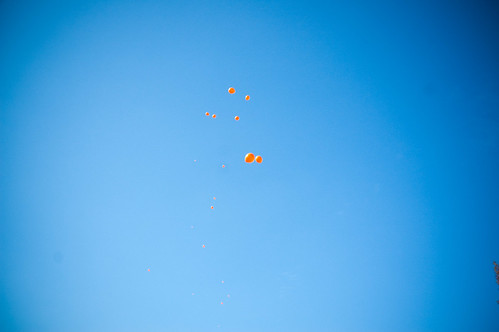 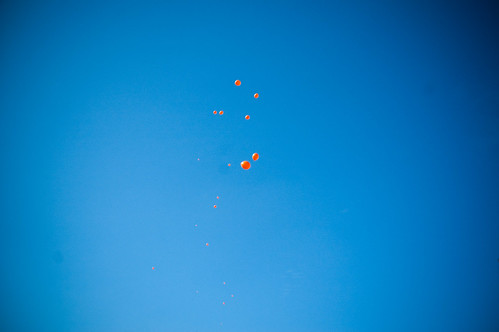 And it was magic. 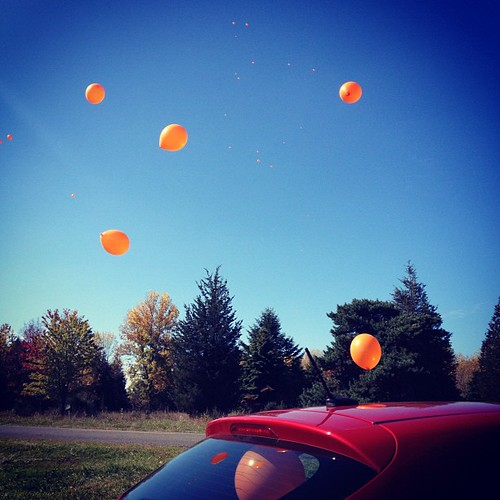 I’m not a car person. Mileage doesn’t matter to me. It needs to get there. How it rides, what it feels like on the inside – what it looks like on the outside … I just don’t care. Cars are a tool in my life, not an accessory. So I can’t sell you this car, I think you understand. But I can sell you the idea that no matter what you’re driving or how you’re getting there … you’re going somewhere.

And how lovely it was to get there with a Kia for a week. Where balloons were the magic of our fall days, where we could jam out to our favorite songs with the windows down and pretend that this magic little car we were borrowing was really the magic carpet ride of our fantasies and childhood day dreams.

And it was fabulous.

You should totally try it.

I was given this Kia Rio for a week to try out, Thanks Kia! The gas was complimentary but the memories were a bonus. And I’m opinionated all by myself. You can see my full disclosure here.