After we decided to leave Monachil early we packed up, let our host know, and headed out. We wanted to see the water up close and personal. Aaron had always wanted to swim in the Mediterranean.

We had our eyes on the small town Nerja and headed that way but before we got there we decided to stop in Salobreña – another Peublo town – and grab lunch.

This would end up being one of my favorite memories. 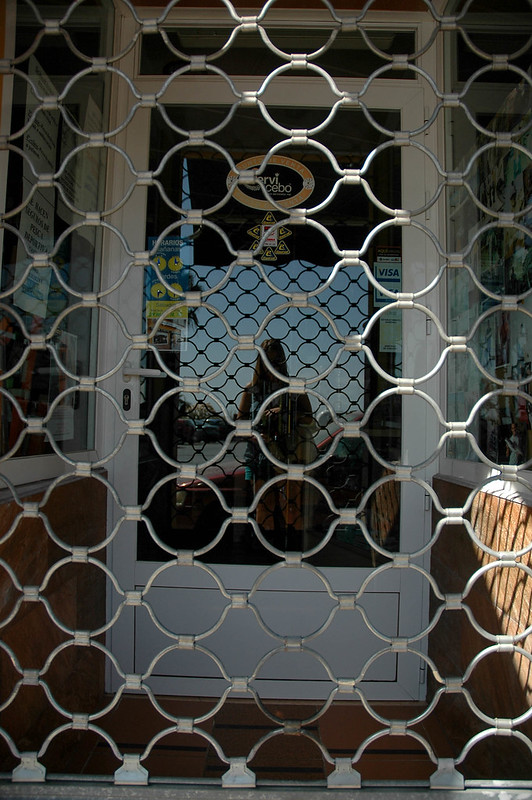 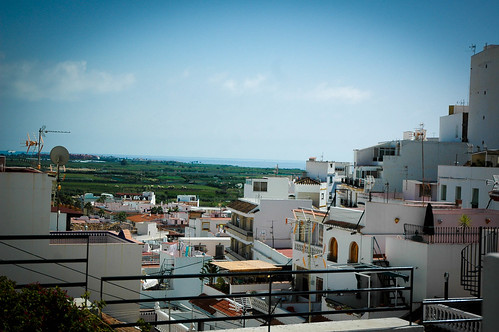 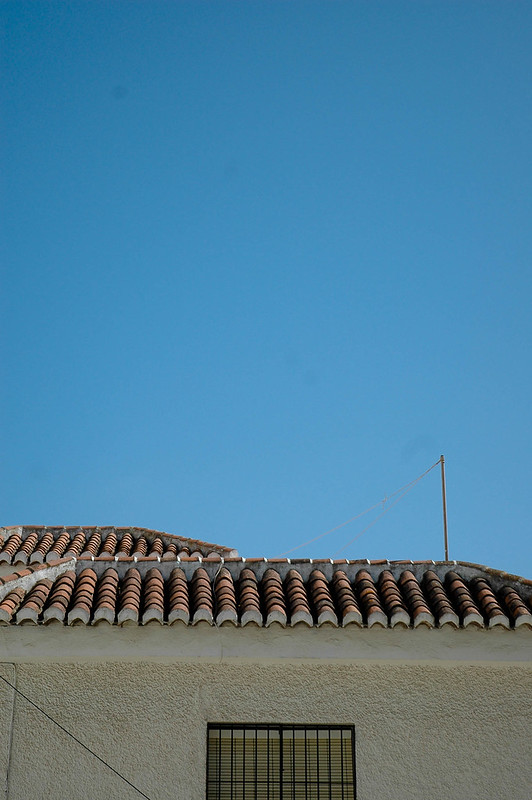 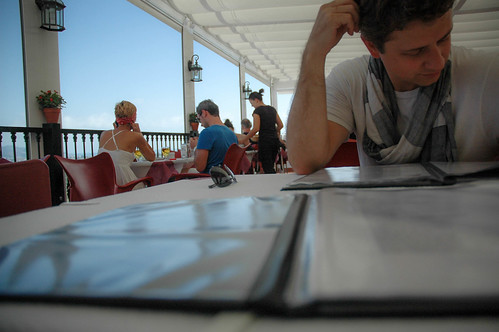 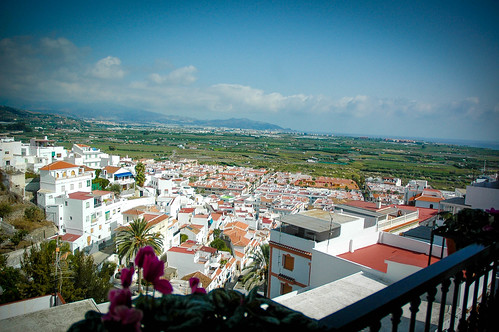 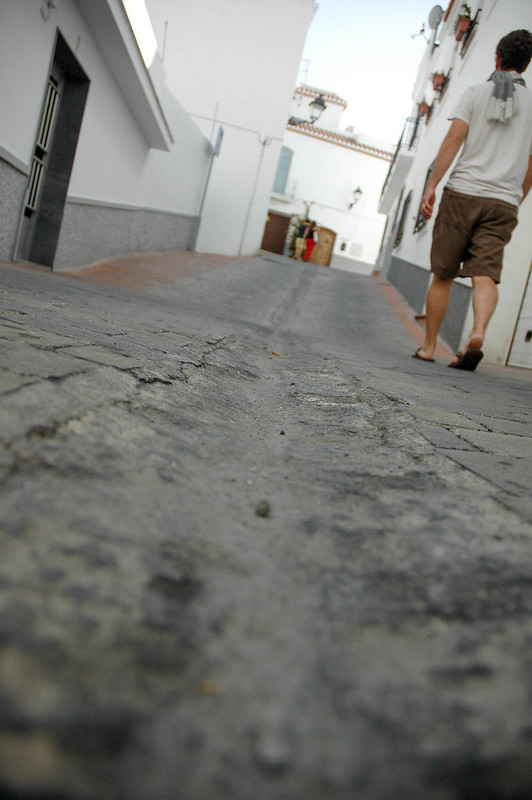 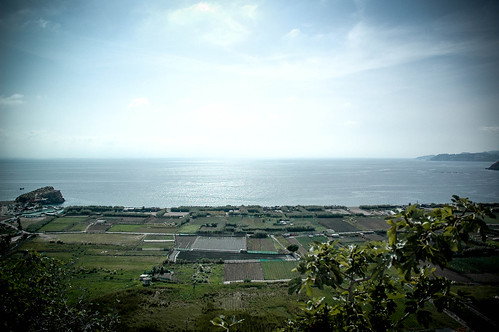 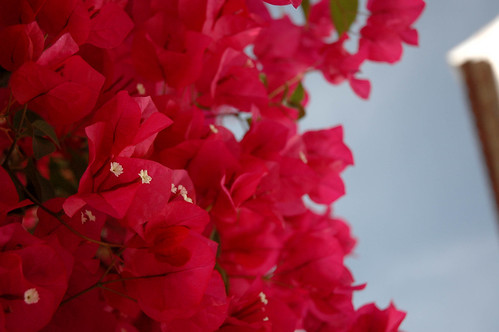 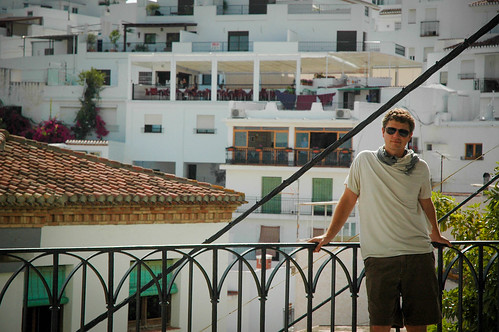 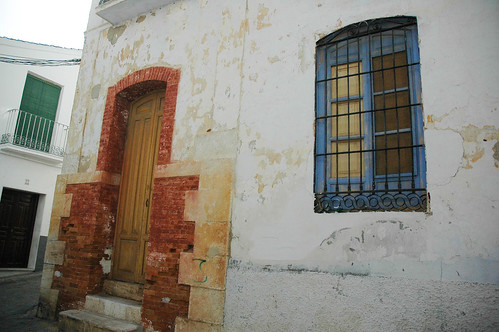 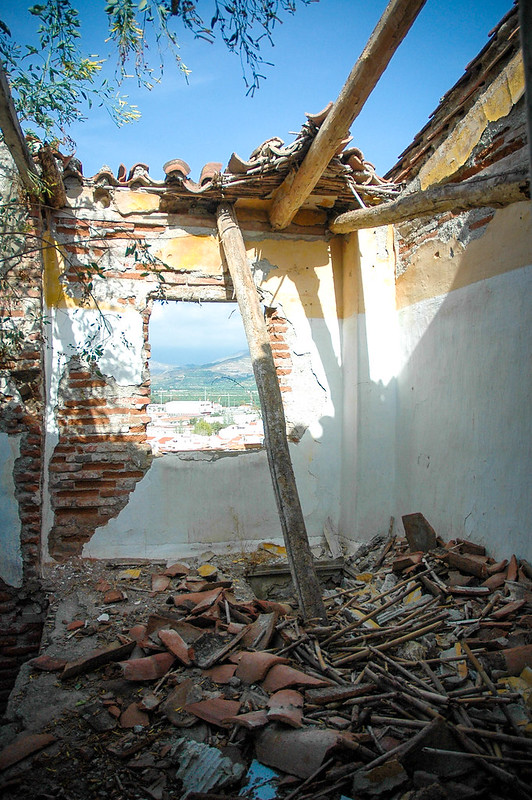 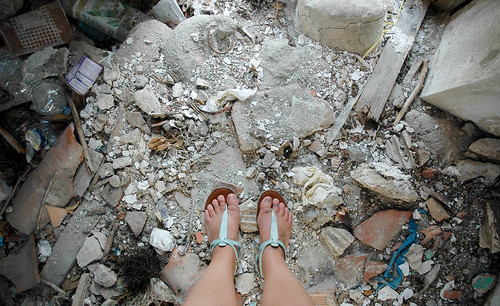 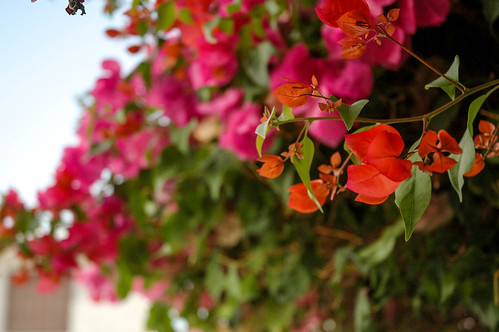 We saw the town from the highway and pulled over, parked at the base of the town and ended up literally hiking upwards to what looked like a deck. I ordered prawns and red wine, Aaron ordered clams and a wine as well. It was hot but we were shaded and we could see for miles. We had spent meals talking about the kids and what they would or wouldn’t like about Spain, if we thought they would be old enough for a vacation like this. But this was where we started making home videos of the trip for the kids. The road trip, in general, but specifically this town. We started documenting things for them that I’m so glad we did, because now we have it to remember.

The way to eat a prawn and what the cobble streets sounded like when your shoes slapped them with each and every step, over and over and over again. We have footage of the streets and the homes that a still-photo can only give one perspective on.

On our way down from lunch we tried to take as many turns as possible to see as much of the town as we could. We found an abandoned home with the door propped open and so many cats running in and out. I opened the door and walked in. Standing in such filth that looked so beautiful to me with a broken window that overlooked this town on the coast was the image I wanted to take away from Spain. In all of the brokenness there was still so much beauty. It took my breath away. 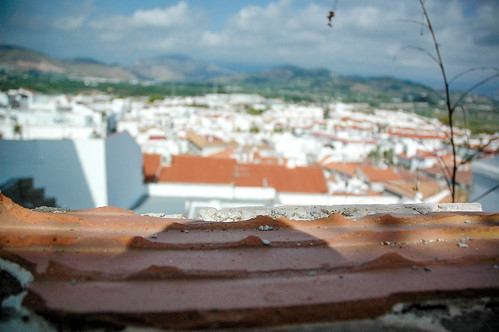 Being in Spain was as overwhelming as the moment I found out we were going. I didn’t write as much as I thought I would, I had a hard time keeping focused on what we were doing – like I was standing wide-eyed watching it happen instead of engaging in making it happen.

It was good, but a little confusing. I wanted to be fully engaged and at this point in the trip, I was a little tired. I started waiting for it to end.

Then we arrived in Nerja …

One thought on “on the road again: Salobreña, Spain”