Aaron started driving on Day 2 … which put me in an extremely optimistic mood. That and 3 cups of road coffee later, I could do anything. Which came in handy when he asked me to drive the rest of the day and he fell asleep for the next 8 hours, on and off. 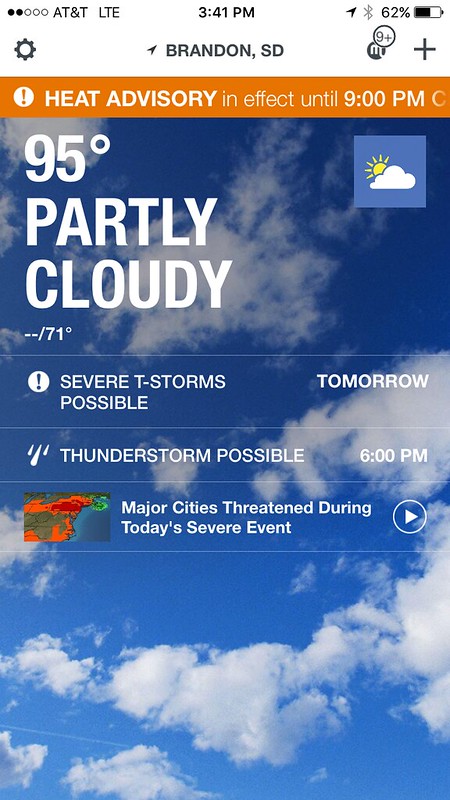 By the end of the day, we had decided to splurge on a resort type campground for the kids and were excited to relax and eat some food together.

There was a heat advisory and we didn’t get the memo that Yogi Bear was basically a frat party for parents who forgot college was over and beer pong was done. The pool was murky, but cold, over capacity, but cold, and I started to bubble from the burn (no shade! no umbrellas!) and Aaron was now battling over 100 degree temp. 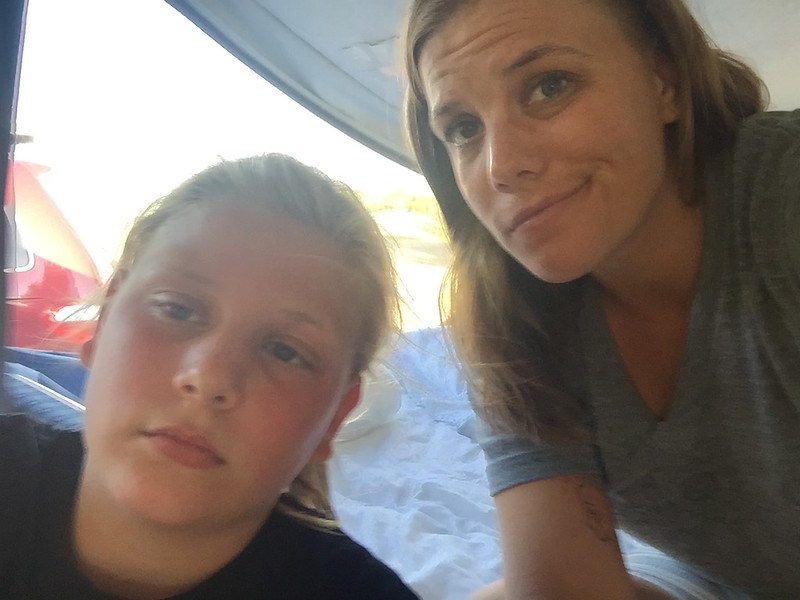 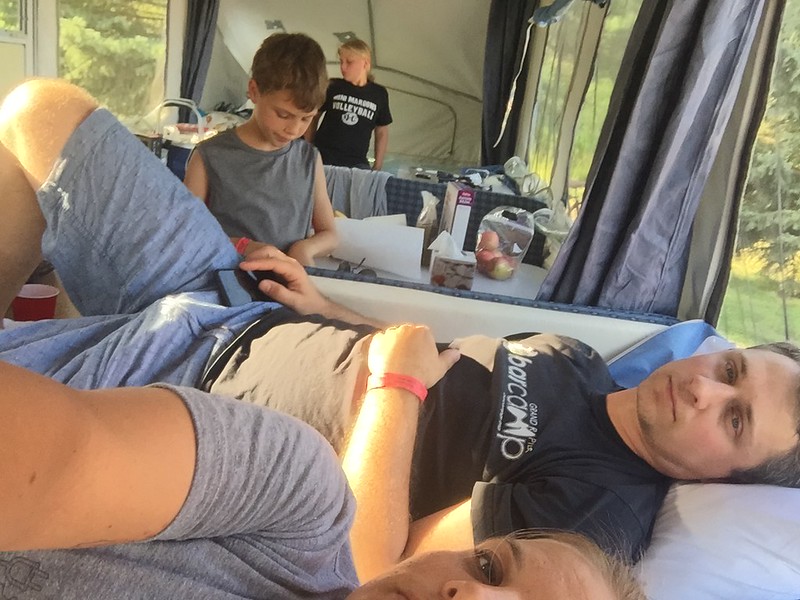 We went to a grocery store and bought some food for breakfast the next morning but caved and bought Chinese take-out for dinner. Then capped the longest day ever off with another swim before trying to go to sleep during the campgrounds DJ sponsored dance party. Our camper was literally vibrating. We called the front desk only to realize the noise was on purpose, and not even almost over. 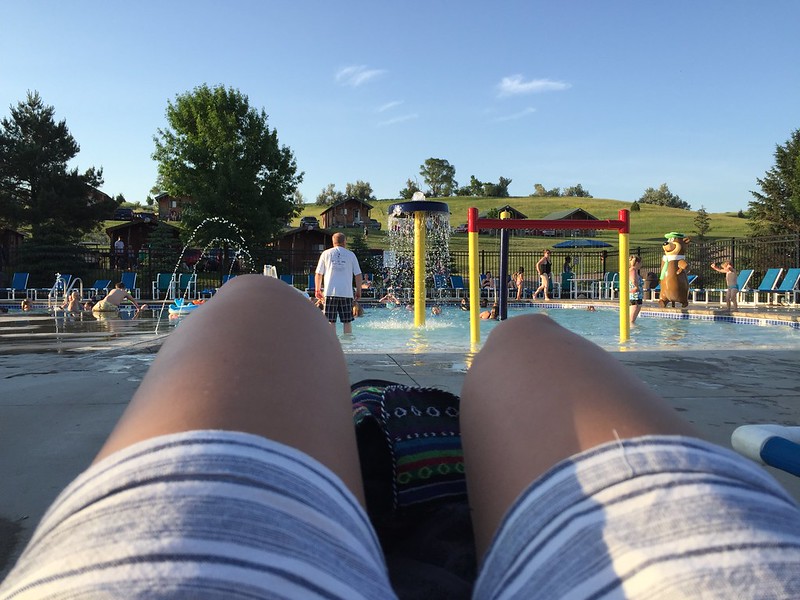 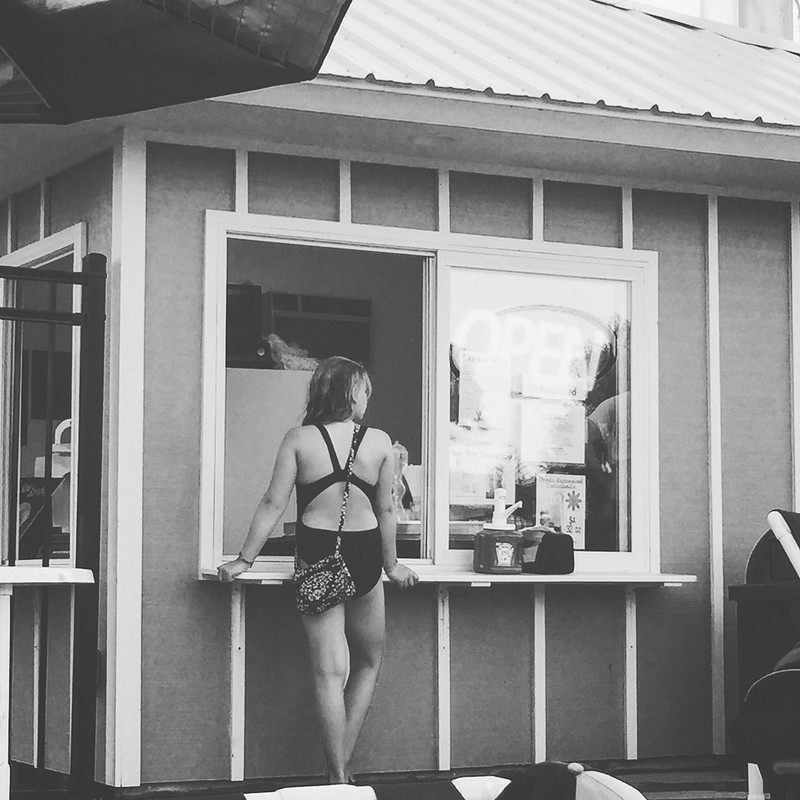 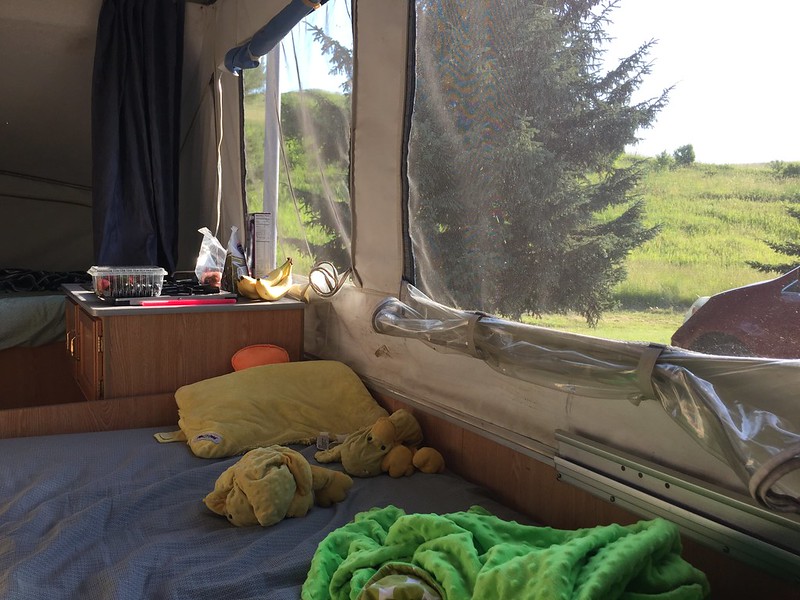 We made it. A little crabbier than we started. We woke up on day 3 with headaches and short tempers. Packed up and got out of there. Day 3 was the redeeming factor to making it through that night. The corner had been turned. We were finally on vacation.