I took far less photos yesterday due to cold hands and wanting to listen to our tour guide more than capture the surroundings. 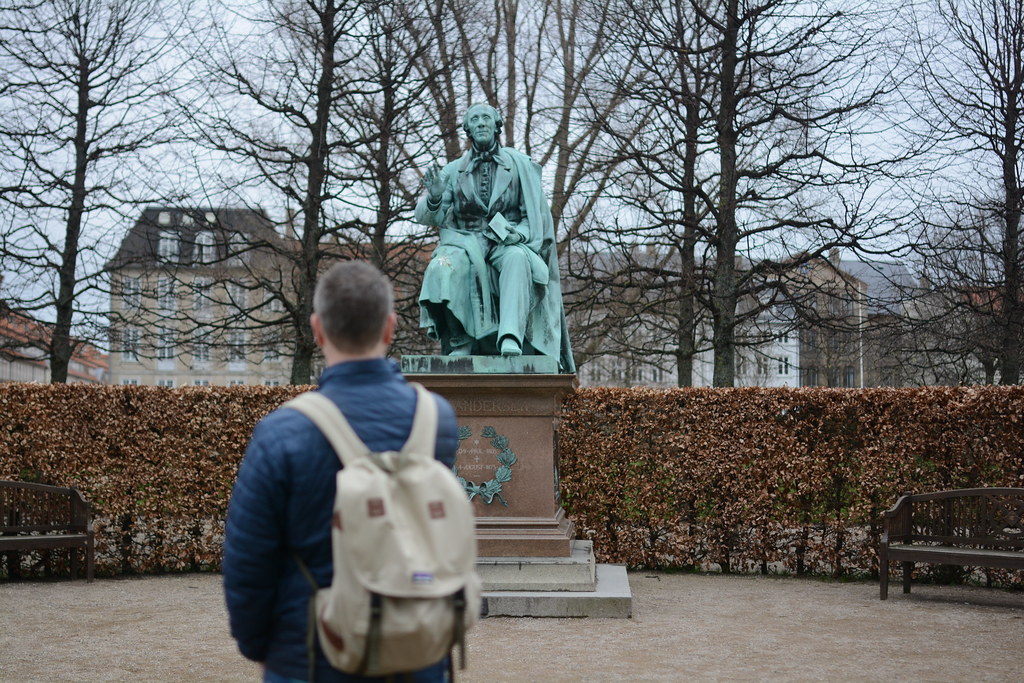 We booked an AirBnB Experience months ago (this one, specifically) and were so very glad we did. I chose to do it a couple of days into our trip so we would hopefully be better adjusted to the time and be able to get up and out of the house and figure out transit all in time to make our reservation. It was the right thing to do.

Along with learning more about Copenhagen, Hygge and Happiness, we stopped a few places for treats included in the tour; a bakery called Det Rene Brød, for traditional pastry (ironically not called “Danishes” here – they’re called “Vienna Bread”) 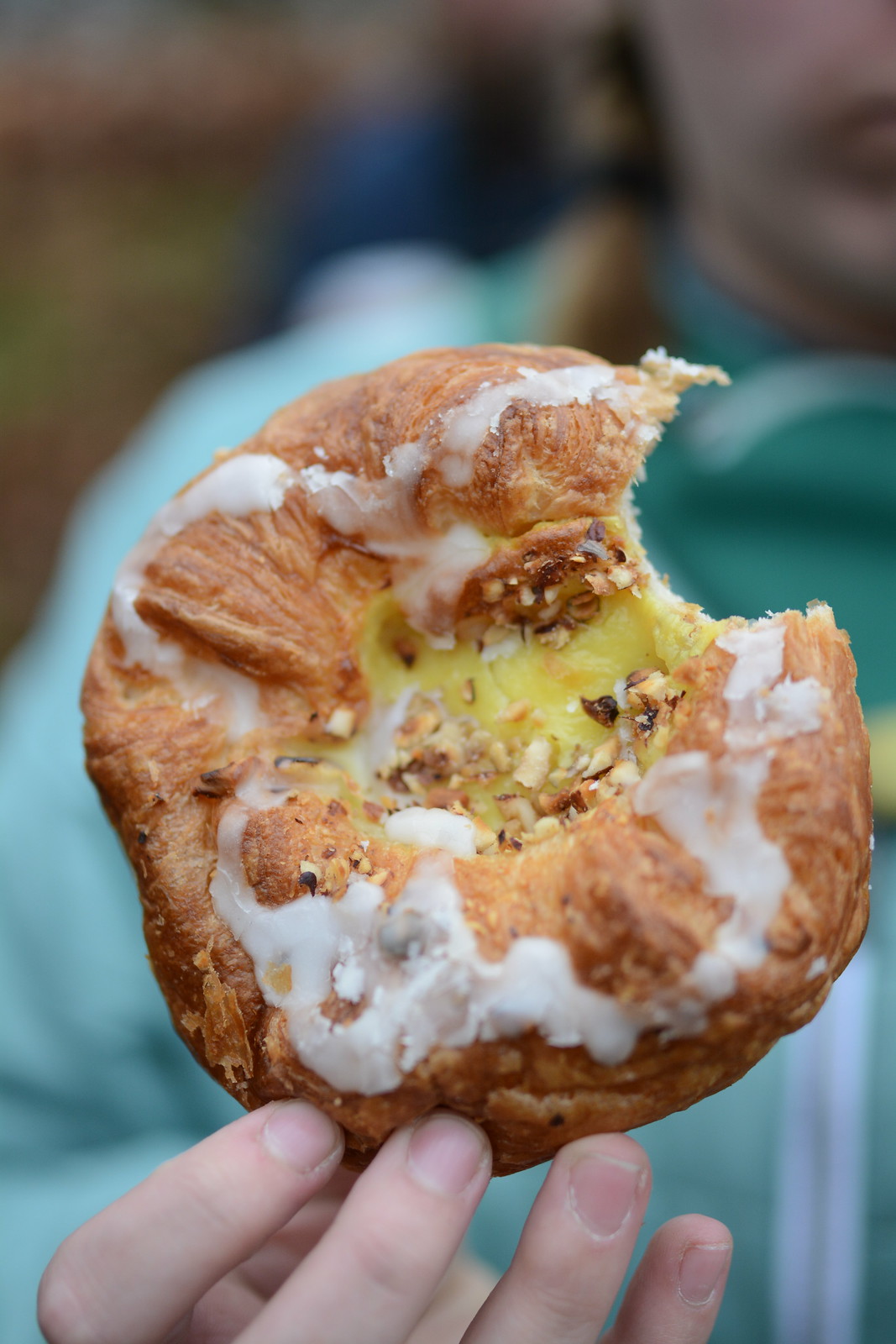 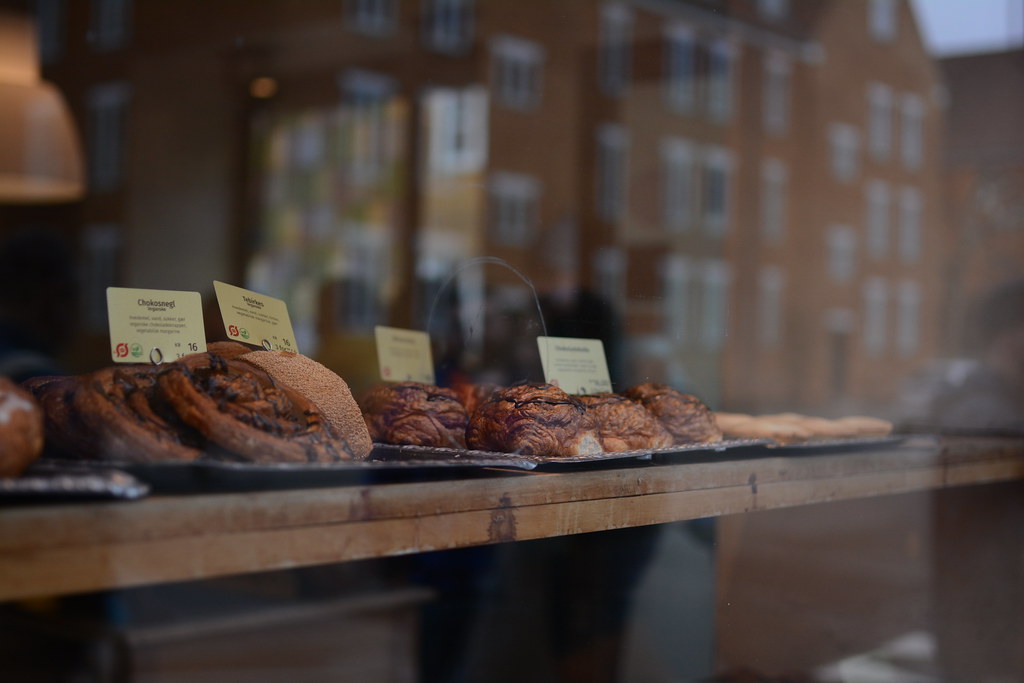 Took our treats to the Kings Garden to eat and hear some history about the castle (this one, a vacation home for the King with the first, ever, flushable toilet. Set over a mote … so, you know. Functional but not entirely sanitary yet.) 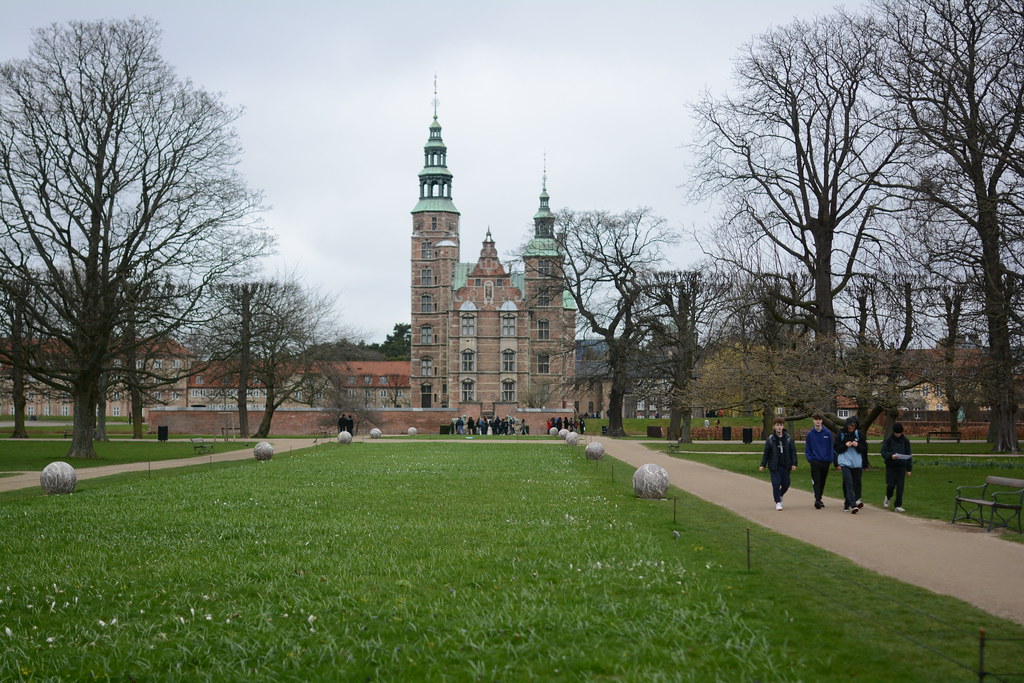 Between our stops, we’d walk through the streets and talk or ask questions. Besides our family of four, there were 6 other people on our tour as well. Four from California and two from Ohio. 🙂

We made our way to Peter Beier Chocolate for a chocolate tasting, cooking/baking etc in Copenhagen is a serious business and they try to do everything as organically and environmentally friendly as possible (as a business, you also get a tax break for doing so – and with taxes as high as 66% … while most people don’t mind paying the taxes because of what they get back from them – you still take all the breaks that come your way) and the Chocolatier was no different.

The tasting started out with two different morsels – the only difference in them was the soil. The tree variety, treatment, etc etc were all the same – but one tree was next to a river and another was a mile away in an orchard. The first one we tried was from the tree in the orchard. I think it was something like 85% cocoa, and it was a delicious dark chocolate. There was an acidity and bitterness but it was pleasant. Then we tried the morsel from the tree by the river and it was SO DIFFERENT. Sweeter, almost. Less bitter. It was wild – and a great example of how just the soil can affect the taste of our food.

We wound through more streets, heard some folklore about Copenhagen, saw fountains and statues and where the locals hung out vs. the tourists and we ended our tour at Bertels Salon, a cheesecake shop that has won the Best Cake award twice (and they’ve only handed out the prize twice). 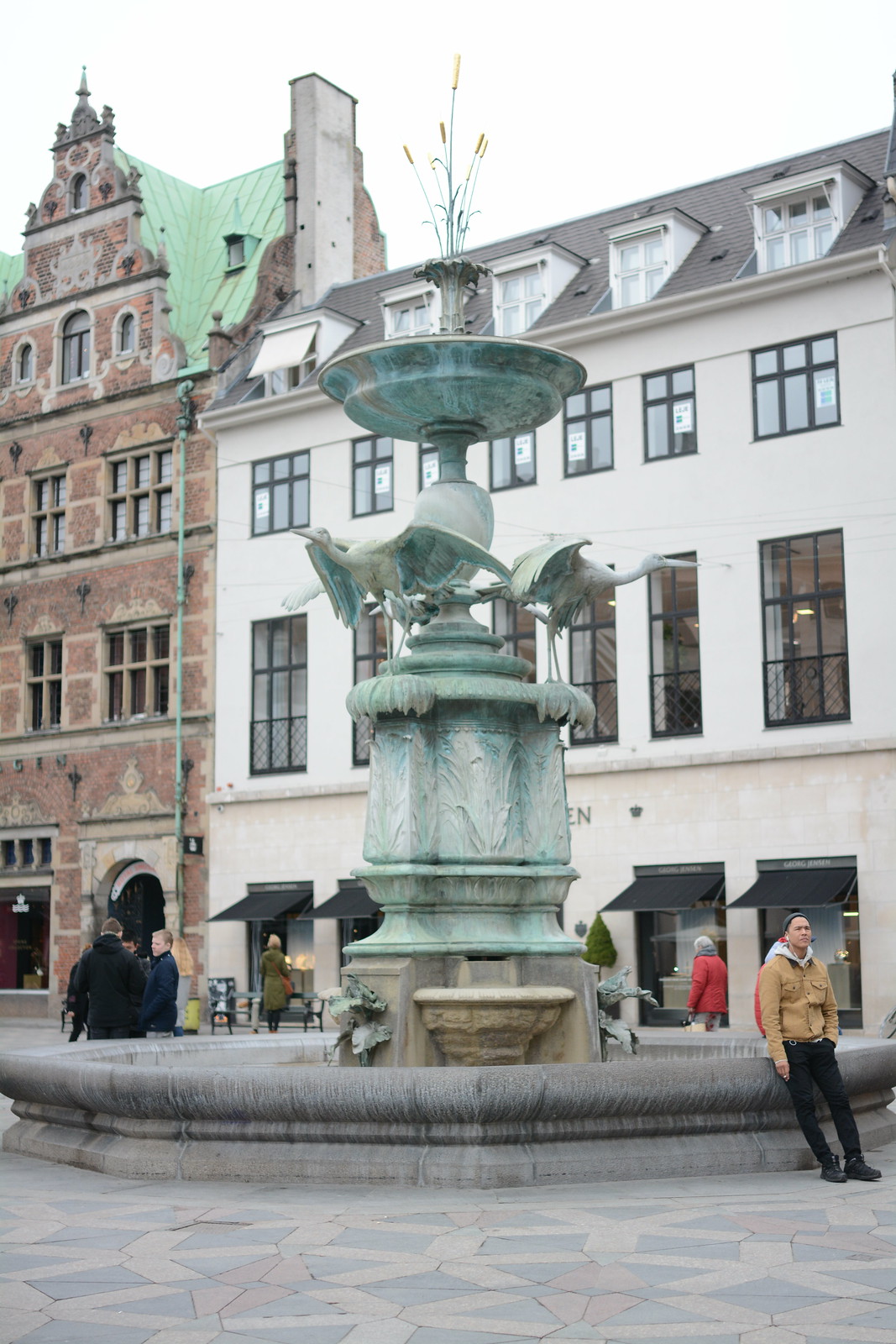 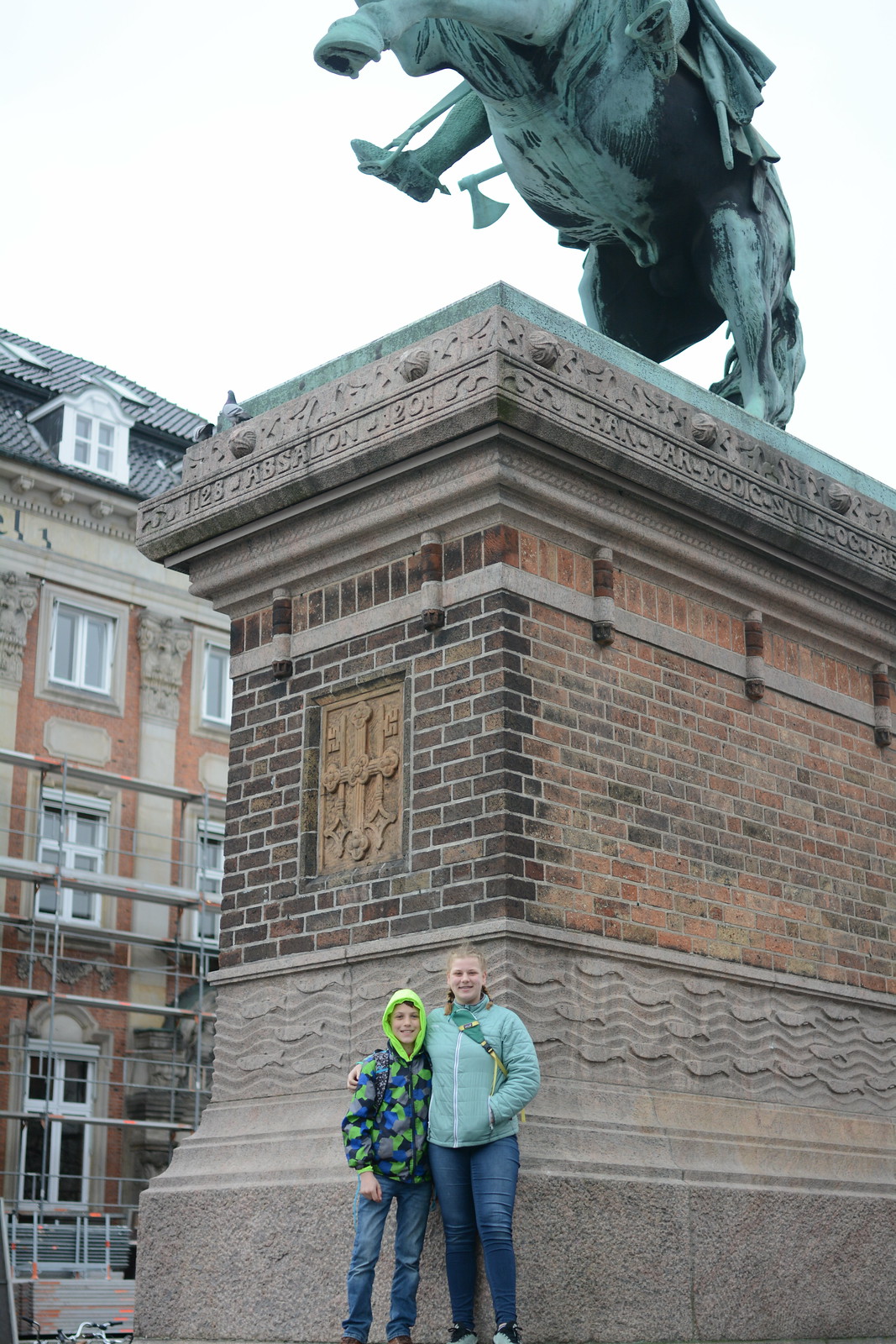 The drinks were included in the tour but if we wanted cake, we’d have to purchase that ourselves, however after the chocolate and pastries – none of us wanted more sweets.

Hygge is pronounced like “HOO-GA” but even more like “HUGH-Ga” … you need the dirty u, in the back of your throat.

Bike theft is the biggest allotment for crime in the city, and almost no one locks up their bike. (It’s very safe)

The Little Mermaid is actually a very disturbing story. Disney colors things in rainbows (which I guess I knew, but also had no idea there were original versions so different than the Disney ones, go figure)

King Christian IV had a reign of 60 years, but was appointed at age 11. He was eccentric and named streets after things that probably weren’t a thing in Copenhagen at the time (Lemon Balm, being one of them. Elephant, Crocodile etc being other street names)