We finally activated our Copenhagen Cards on Sunday, March 31st. First up? We tackled Krongborg Castle and Louisiana Museum of Modern Art. 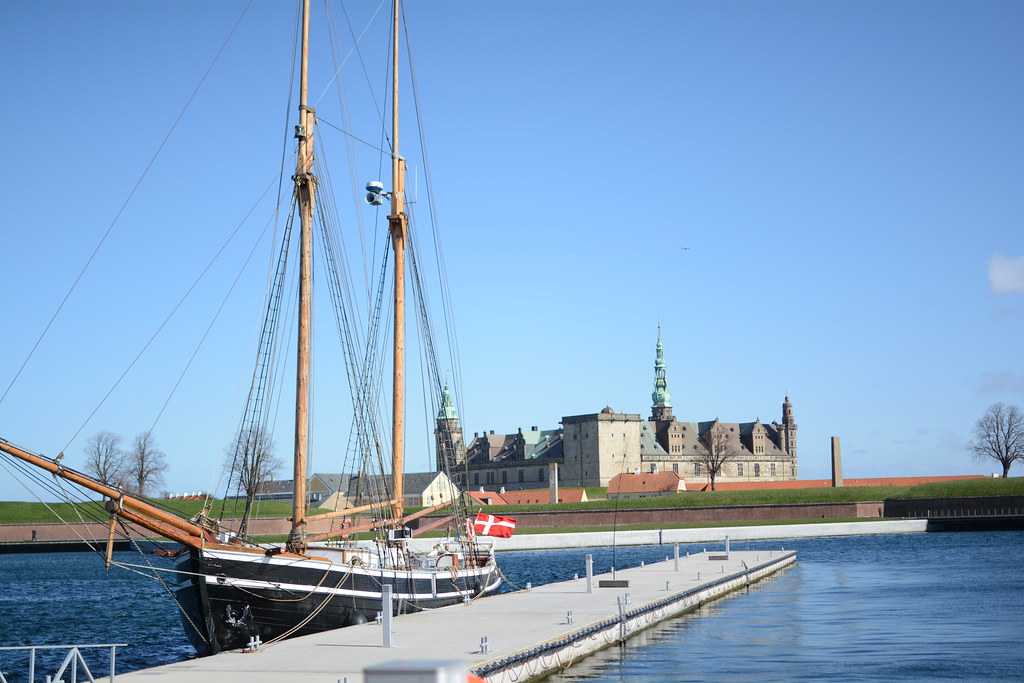 But of course we saw a few more things, it was very chilly and we got to ride an Amtrak-style train since Helsingør is a bit outside of the city of Copenhagen, so after we arrived we ducked into Kulturværftet – a Cultural Center (we thought it was a library) and were instantly smitten. 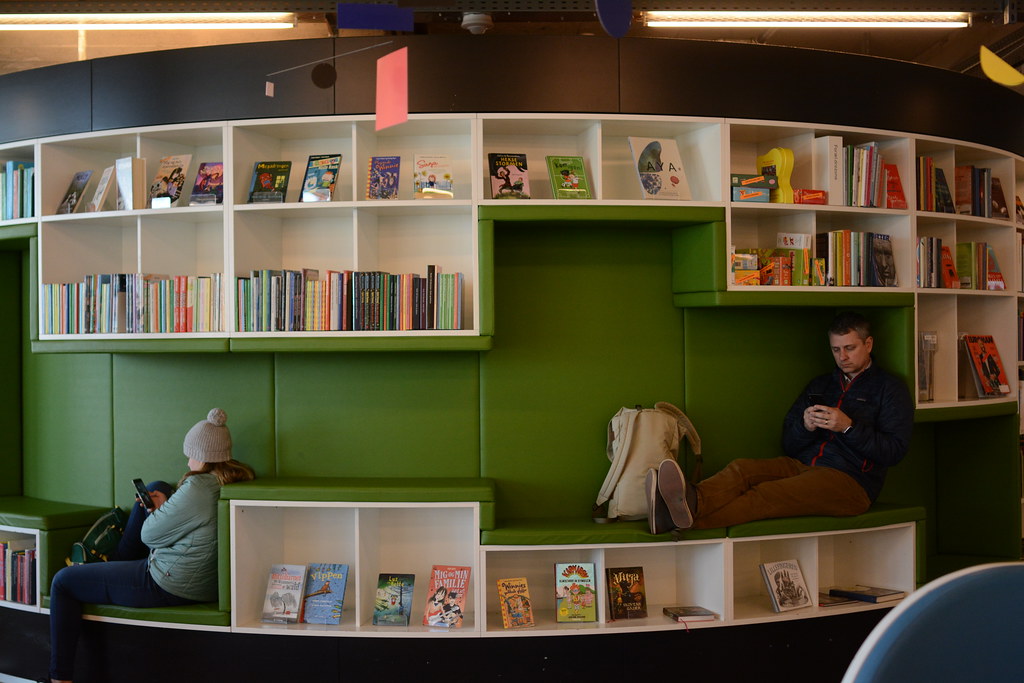 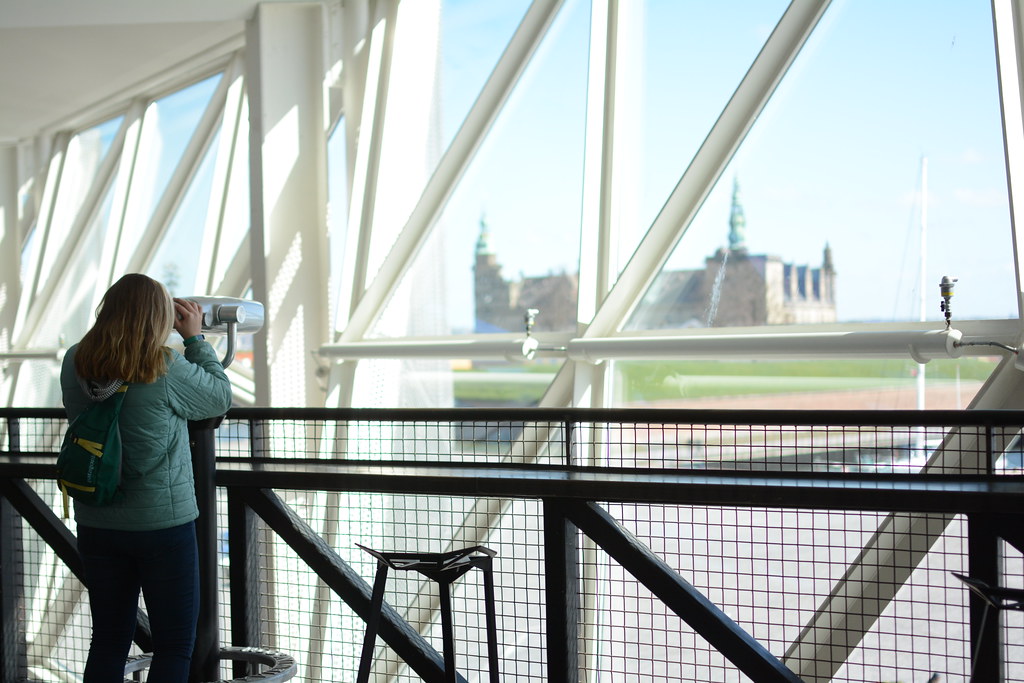 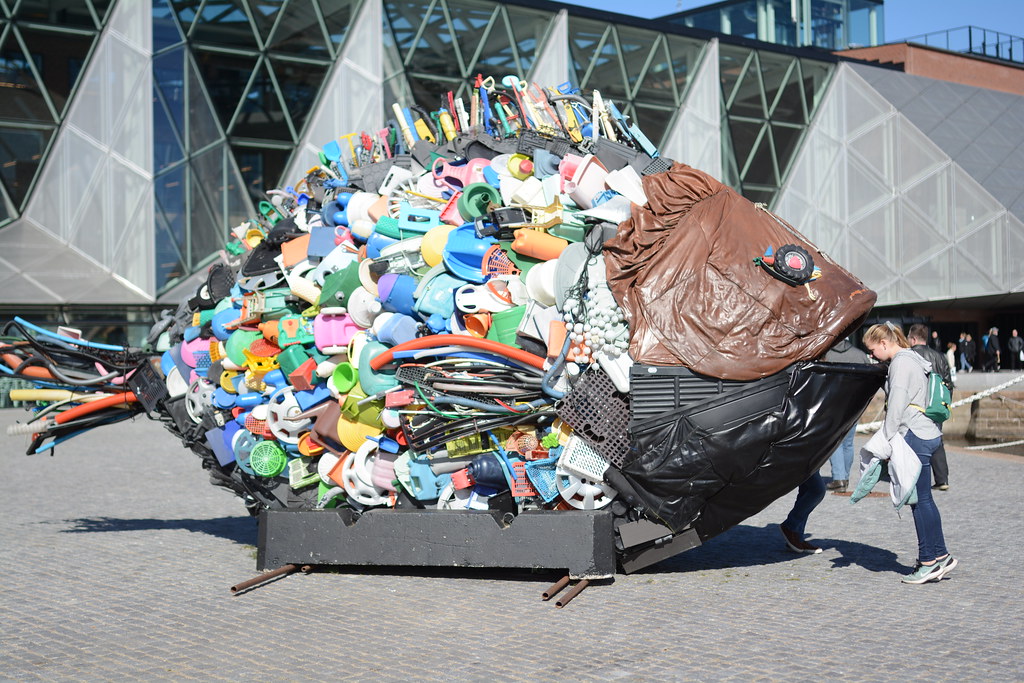 When we were all warmed up we ventured back outside and towards the gates of Kronborg Castle, walked across the bridge over the mote and into the courtyard. 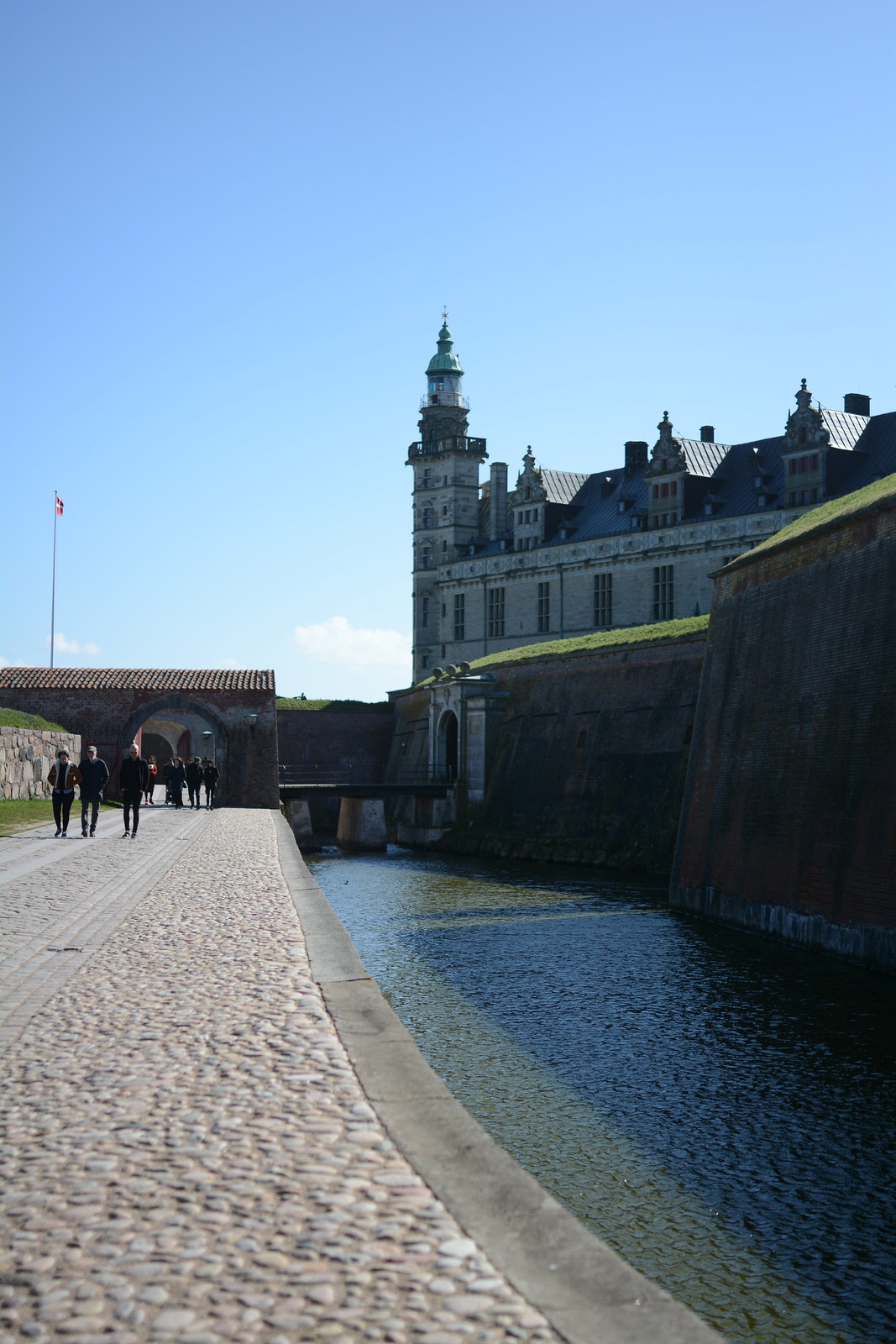 We looked around a bit and decided to go on the Introduction Tour to the Castle and then the Casemates Tour following that. It started in the church. 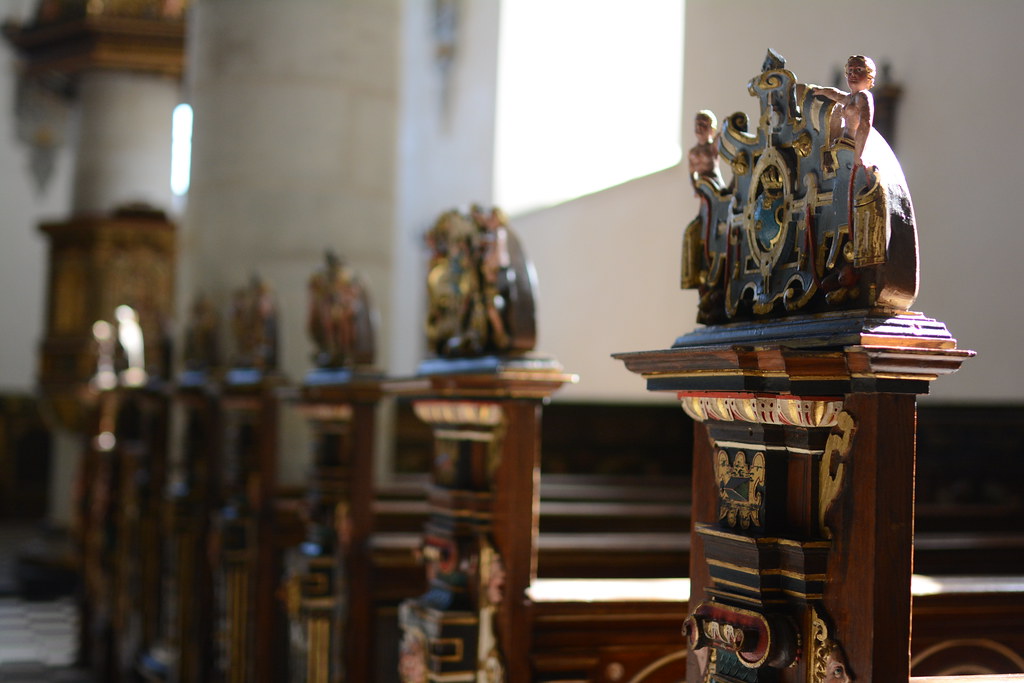 Which is the only structure that survived the fire that destroyed everything else. So all the wood carving and paneling and darker colors would have been how the interior of the castle was also decorated but has since been restored and painted white instead. So, as we were touring, everything is very bright and light, but in the Renaissance it would have been much darker. 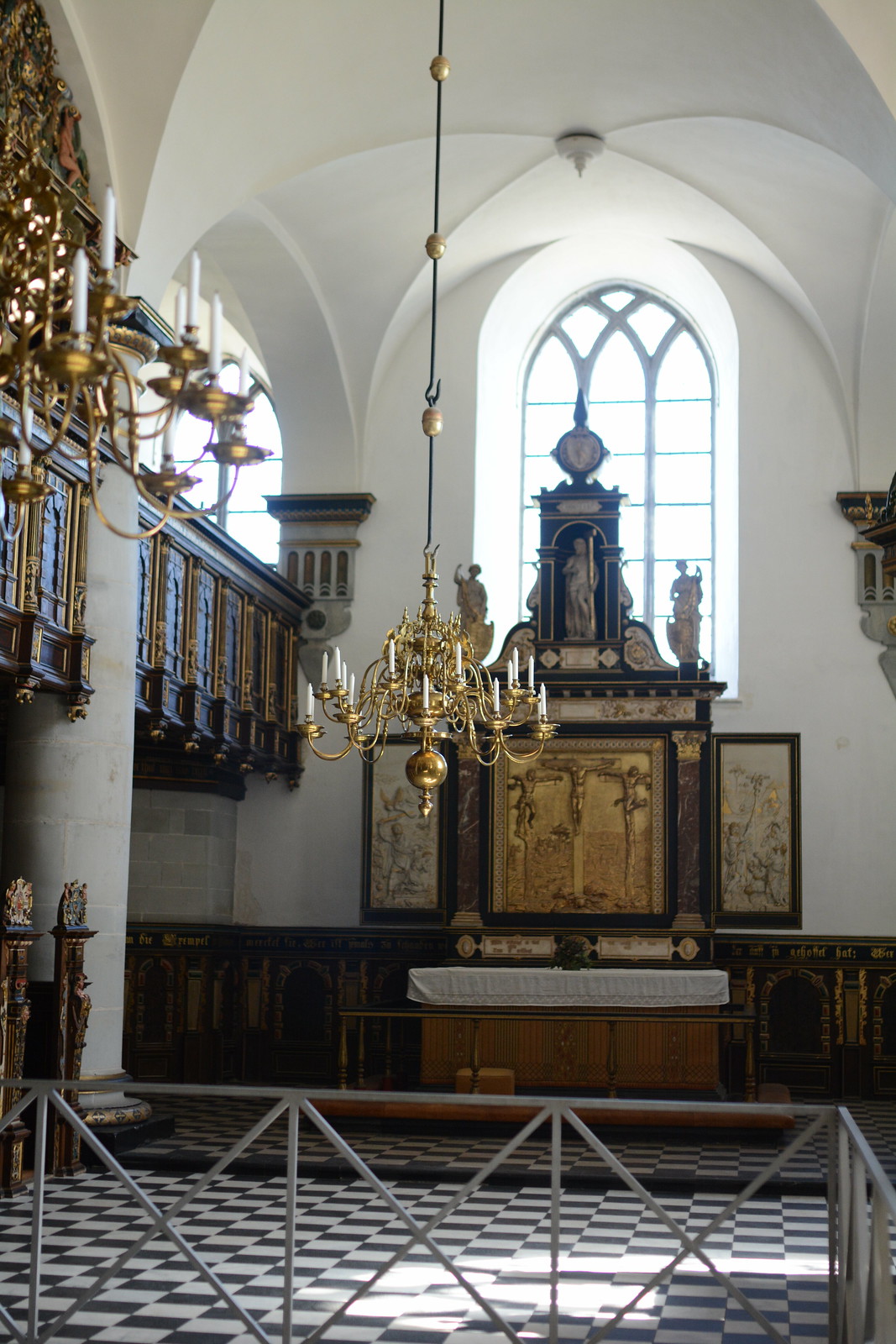 The tour was very informative and King Frederick and Queen Sophie had a loving marriage (which wasn’t always the case in the Renaissance due to arranged marriages and whatnot). Their lives were opulent, to say the least. Banquets would be 24 course meals and each person would get their own bird (or ham, or duck or whatever they were serving), so they would each get the choice cut. Needless to say, there were a lot of leftovers and at first, they would throw them away. But Queen Sophie was an excellent head of the household and didn’t want to waste so she said the left-overs would go down the hierarchy of the kingdom. After their banquets, the servants and staff would get the food, after them – the children and so on so forth. Yes, kids came in after the servants and staff.

They put lemons in everything because it was a sign of great wealth. 3 lemons (imported from Italy) cost the same as one oxen. They bought peppercorns by PIECE. And one gram of cinnamon was the same as a gram of gold. So they used these very expensive ingredients to showcase their wealth. And showcase it, they did! 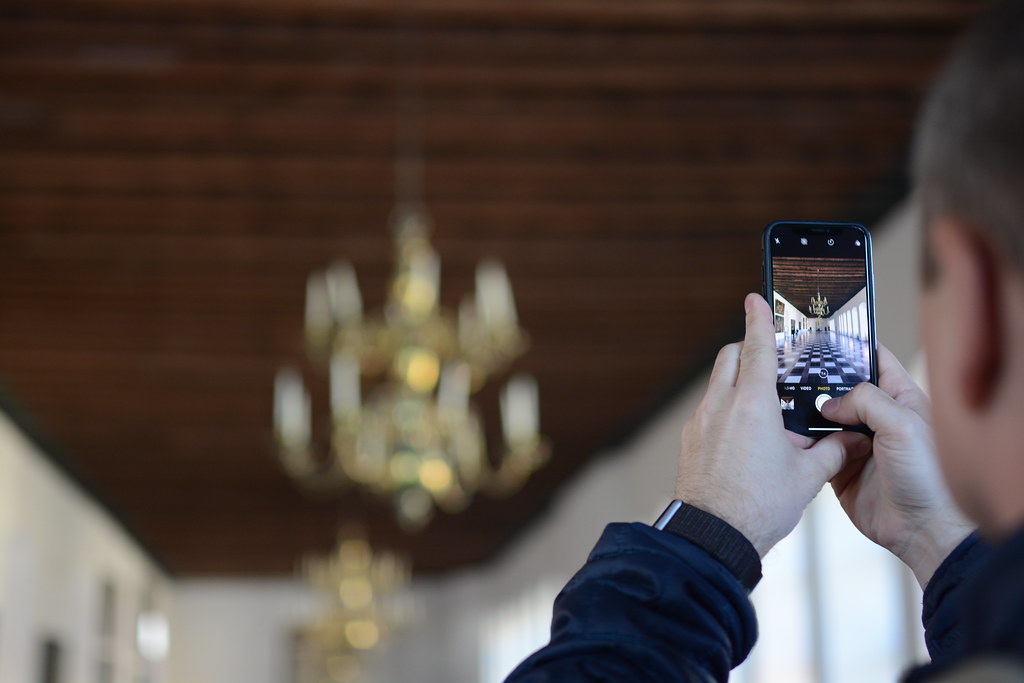 After this tour we went straight into the Casemates tours – which can be likened to a bunker underneath the castle. It’s where the soldiers lived and where the dungeons were to hold prisoners (like pirates). 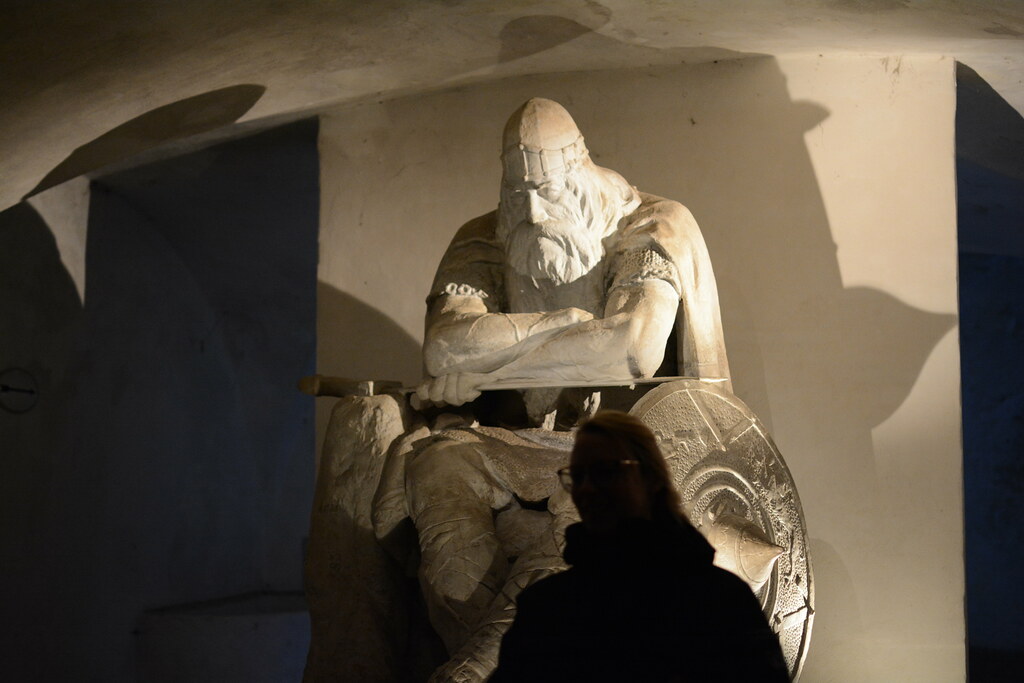 This is Holger Danske (Holger the Dane) and you can read about him by clicking the link if you’re interested, but he’s legendary and sleeps at beginning of the Casemates. 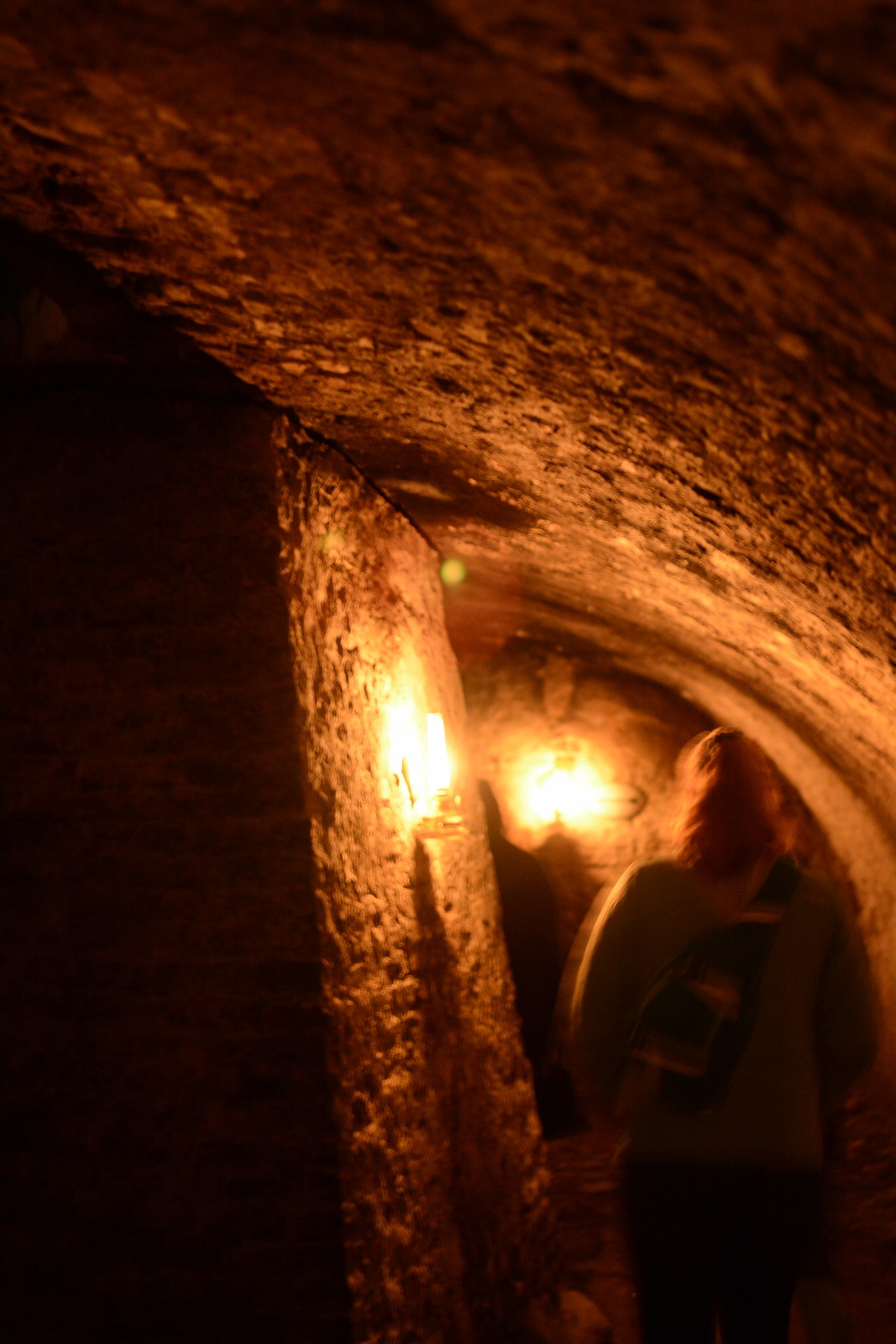 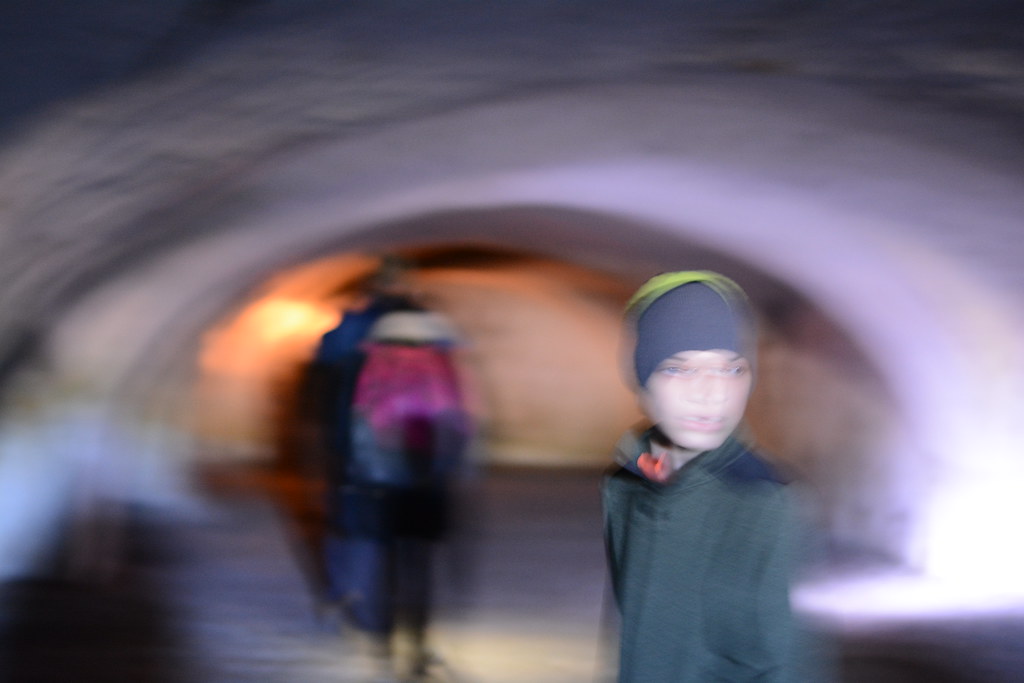 After the tour of the casemates we emerged in the square and bought our first souvenir of the trip. A leather looking-glass for our son (he hasn’t put it away yet). 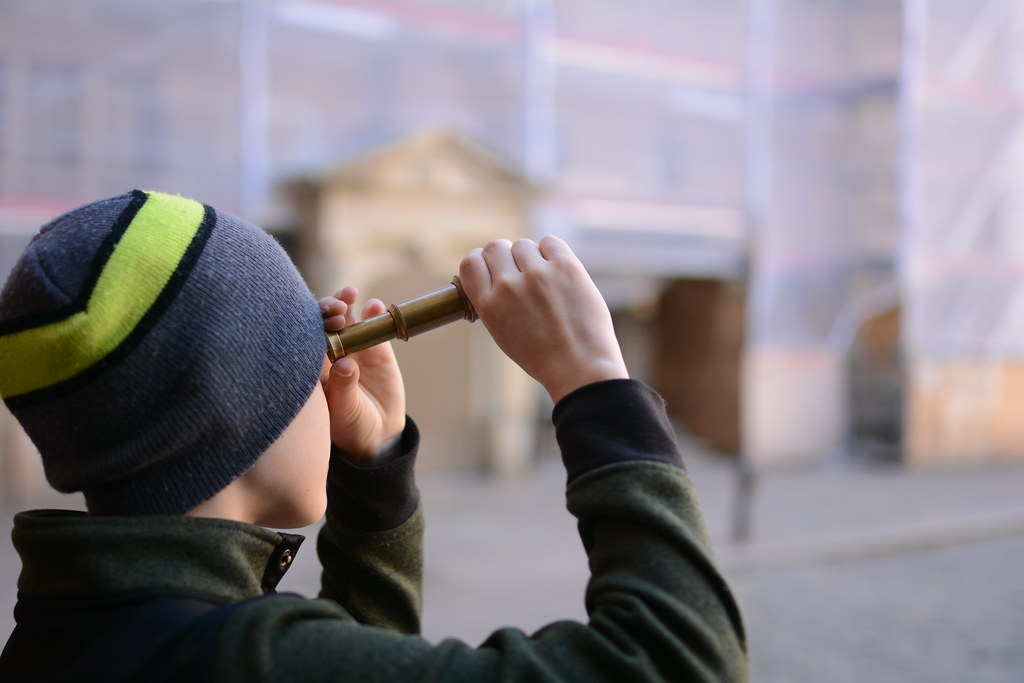 We did a little more meandering on our own and saw the King’s Kitchen and the King’s Apartment before heading back outside the gates and towards the train to make our way to Louisiana Museum of Modern Art before they closed for the day. 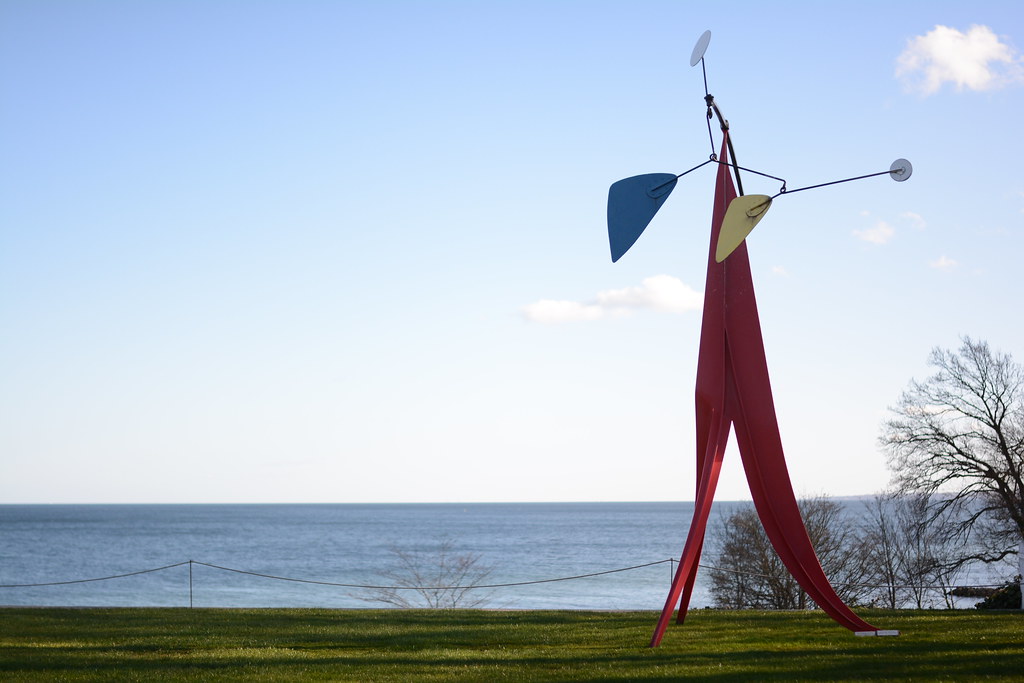 Walking through the neighborhood where the museum is situated is so beautiful. Calm, serene, cute cottages (I’m sure they’re houses but everything looks like a cottage to me here). And the entrance of the museum is very unassuming but then you walk through and you see this: 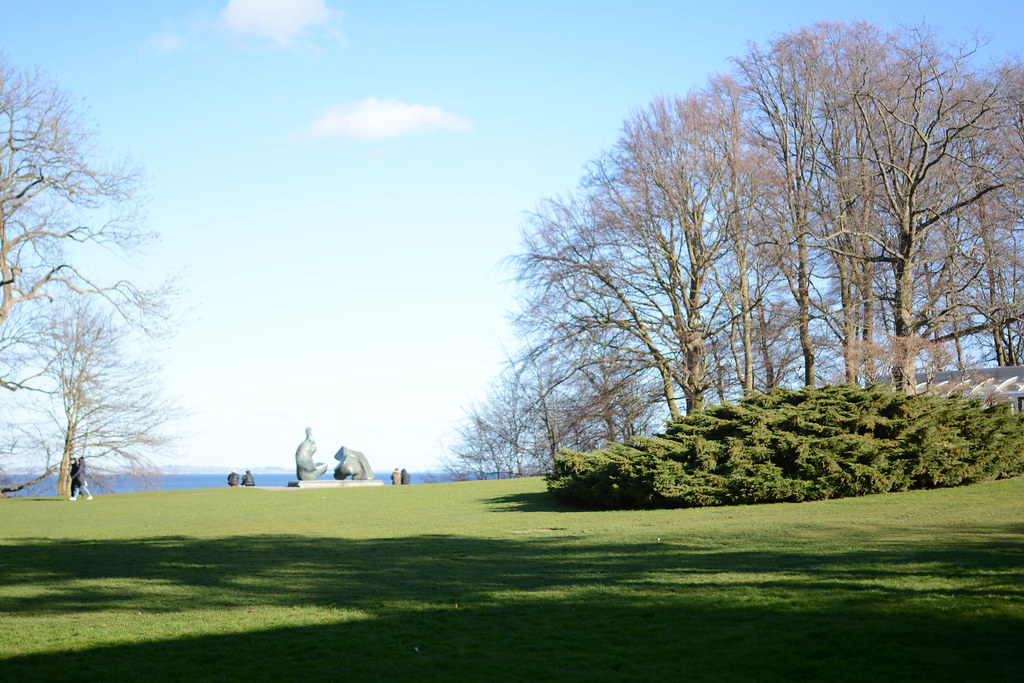 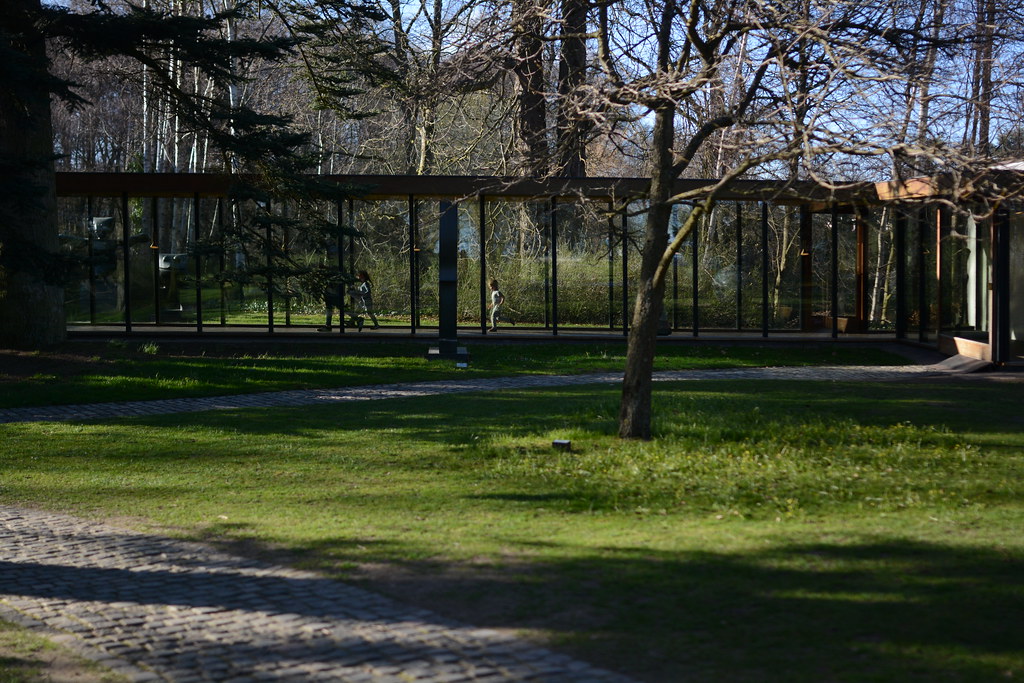 It’s breathtaking. There’s corridors winding everywhere leading to exhibits or just open expanses and all the windows frame a beautiful scene. Everything was art. Outside, inside. The entire experience was steeped in interpreting everything around you as a possibility to see something for the very first time, again. 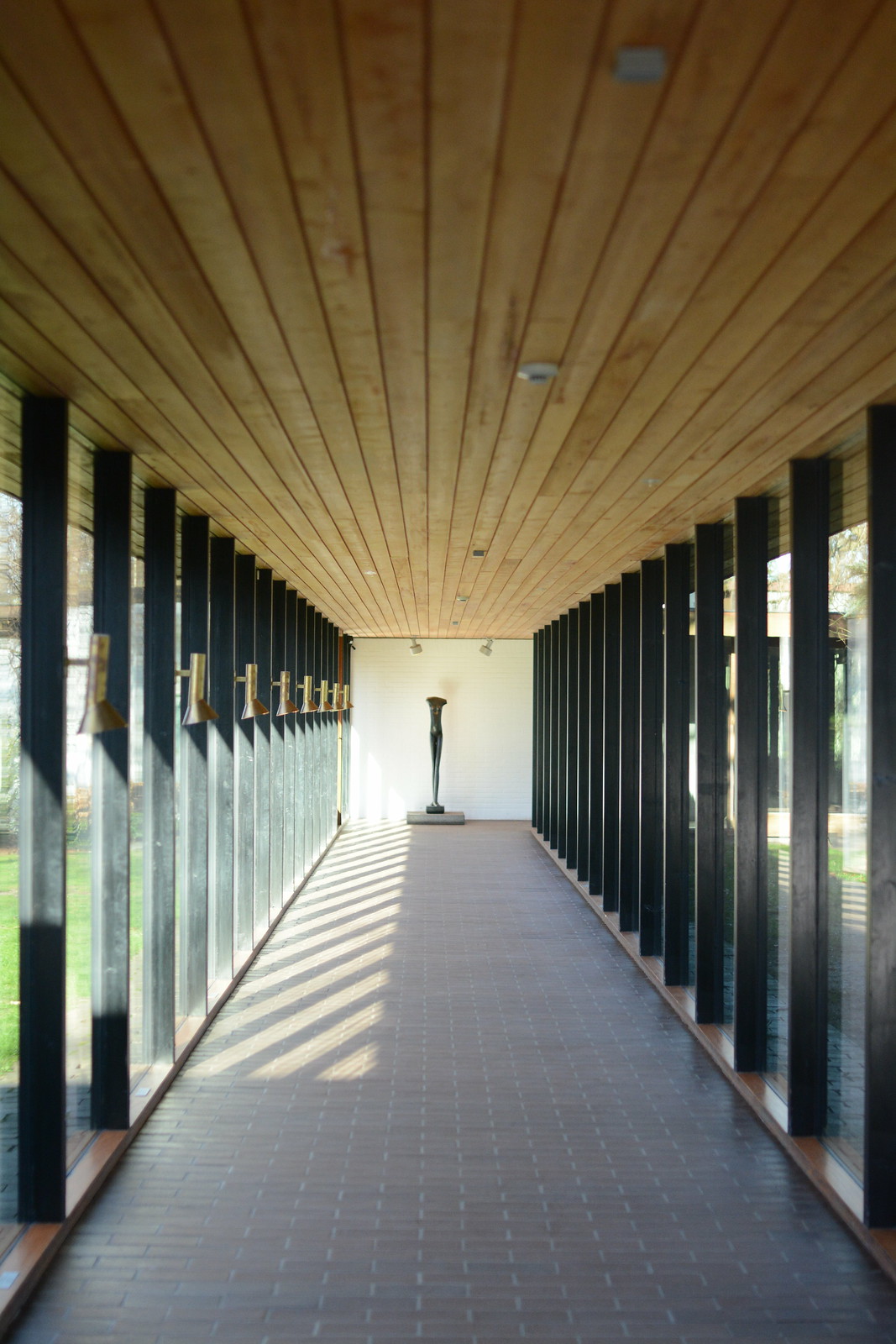 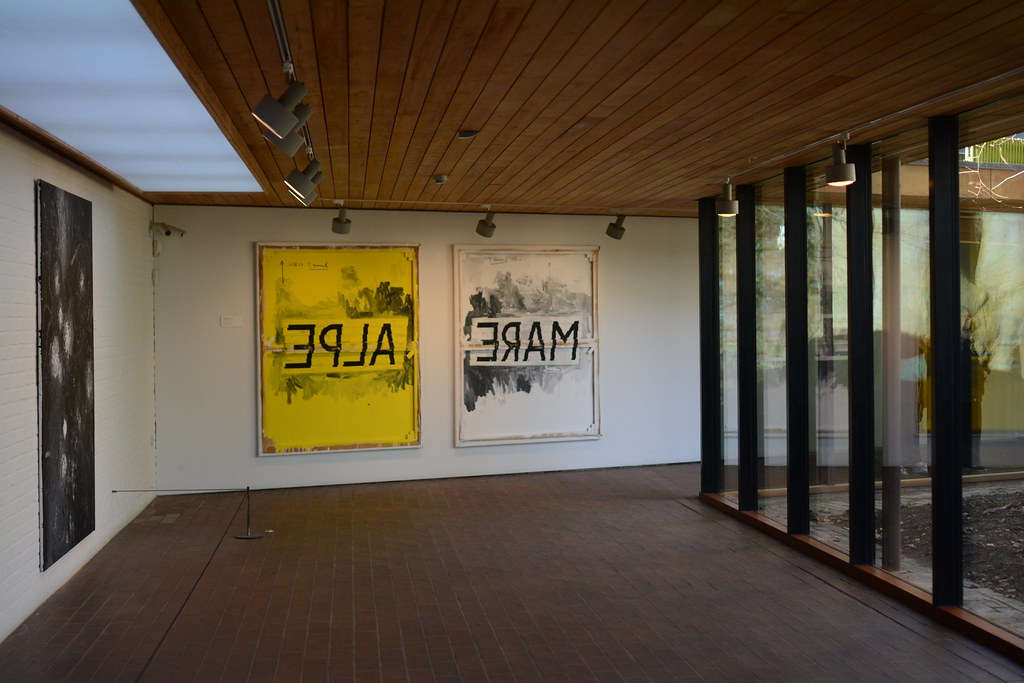 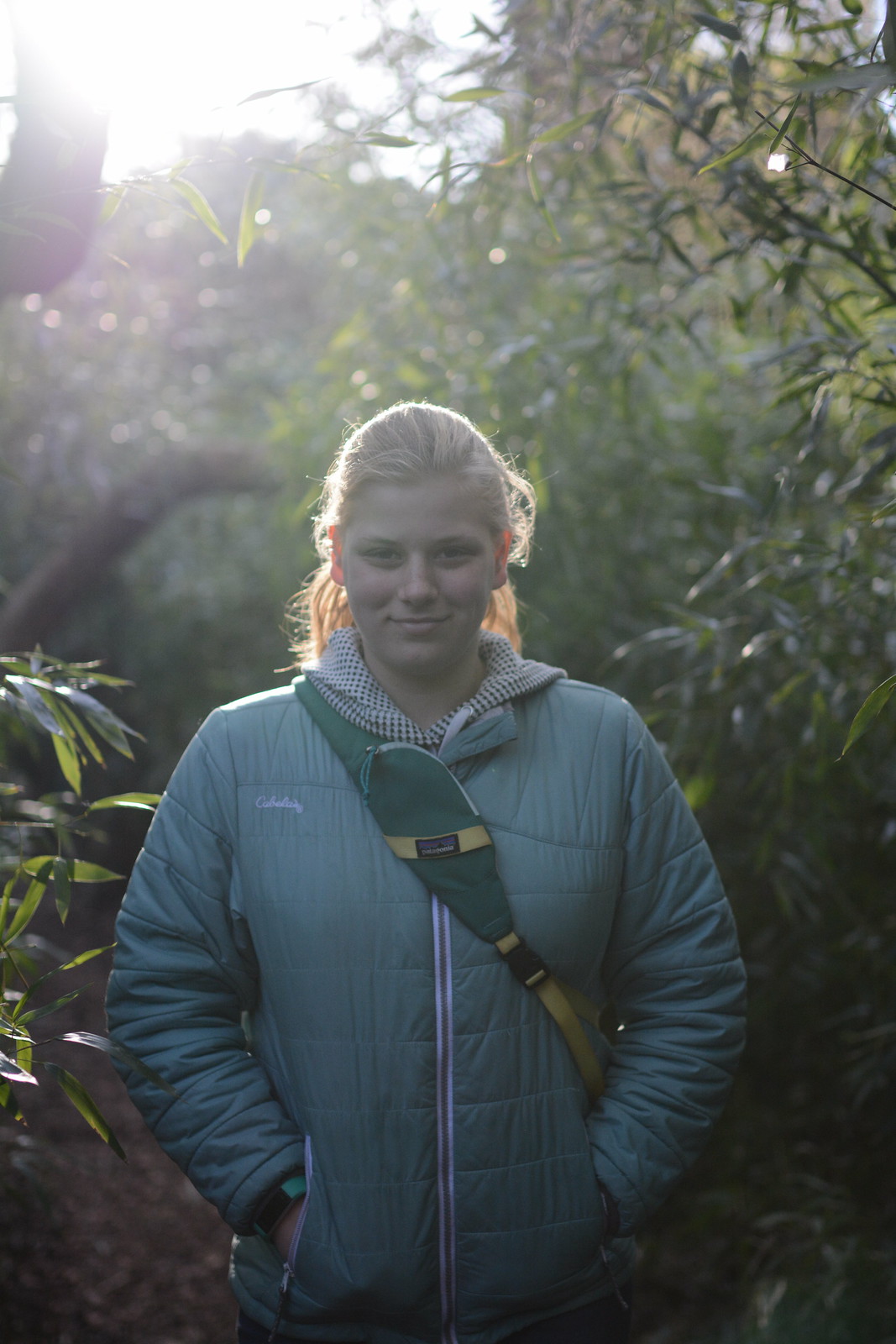 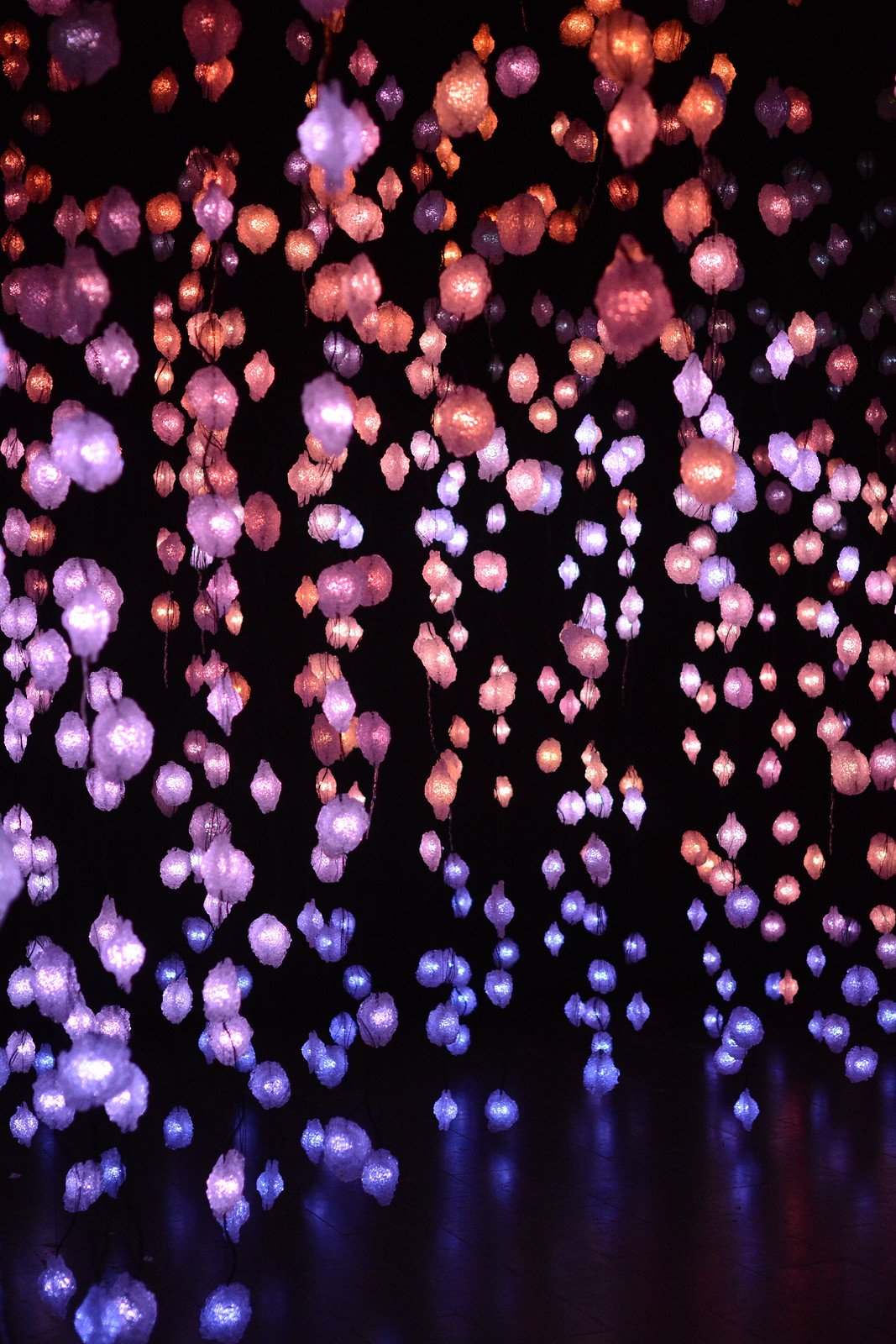 This place was my jam but we only had about 2 hours here. There was another exhibit (part of the lights photo above) by Pipilotti Rist called Open My Glade and it was modern art. Abstract and, at times, uncomfortable. Cheeky, hilarious, deeply moving. The kids … they handled Pusher Street in Freetown better than this exhibit. 😉 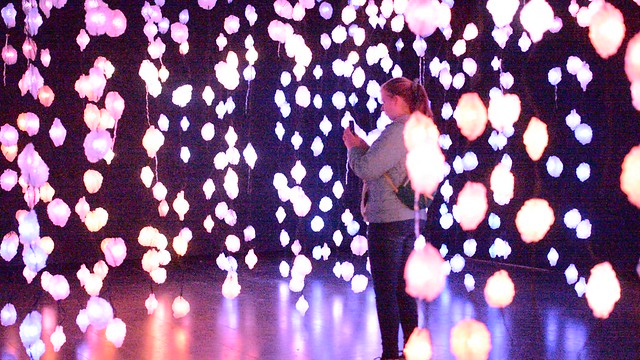 Video link above, click the image to play it.