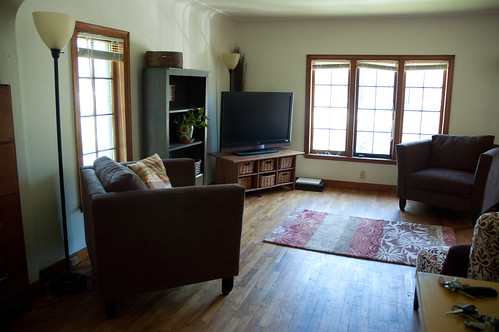 There are no soft floors in this apartment. Meaning we either walk on hardwood, tile or linoleum all day long and it works just fine. Aaron brought over this rug from our house when we moved here and although it’s a bit small for the space, it worked … until it all of a sudden very much did not work. Here’s why. 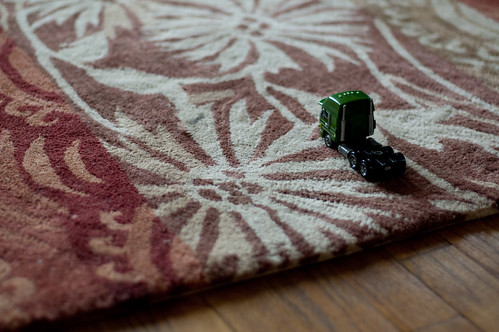 This is a pretty rug, I’ll give it that, and my son has enjoyed hours of non-annoying play atop it’s kind of soft wooliness but this rug? It sheds. It sheds and it reminds me why I will never ever own a hairy animal inside of my house. Ever. 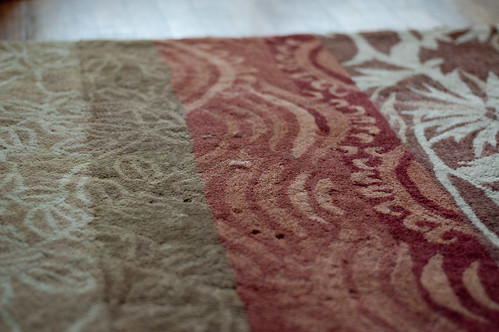 All you have to do is look at it and it sheds. You THINK about walking on it and cries buckets of microscopic wool fibers ALL OVER THE FLOOR. 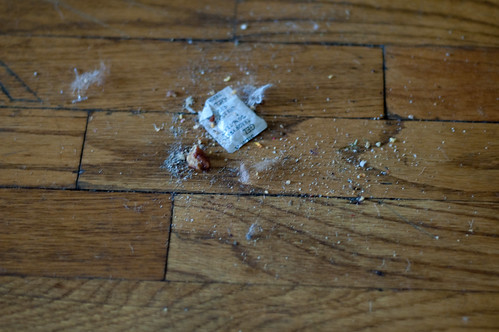 Gross. Not so pretty anymore is it? 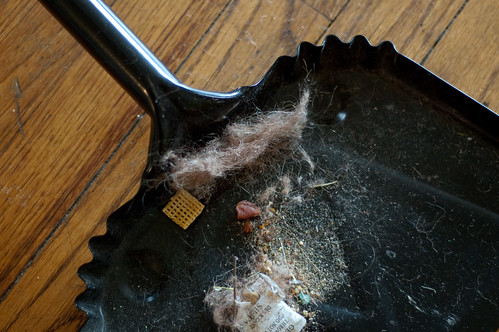 So I’ve started rolling it up and putting it in the corner only to have Aaron come home, unroll it and then watch me crumble into a million pieces because he touched the forbidden rug.

It took him 3 nights in a row of “putting the room back together” to finally catch on that the rug was expelled from this apartment. That I was taking sides and if he wanted the rug so bad, he could sleep on it. Outside.

No really, though, this is a very pointless rug in a home with all hard flooring. The fans and window units we have going just blow the dust around and create Arizona-size bunnies of wool particles and dust in my corners and since I have all of 4 rooms in which to escape to … the last thing I want to be confronted with in any of them is a furry creature made of foot dander, know what I mean?

So now? No rug. Just flooring. Just planks of hardwoods, nice and woodish. Nice and clean and woodish.