And not as in a dog. Animals are a bloggers way of having another baby … I mean, am I right?

No, I’m talking about Boxers vs Briefs and Oliver is officially Team Boxers. 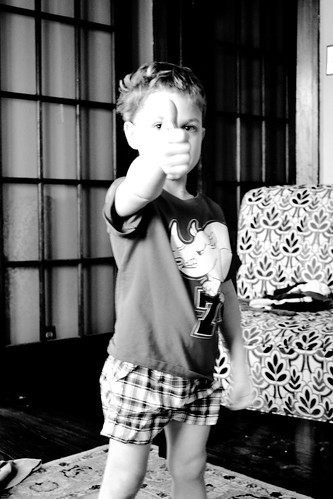 We shelpt all over the place looking for them in his size. Gap (not outlet stores) sells them in 4T … which is his size but they look like they’d fit a teenager. And boxer-briefs are not ok. He needed the real deal, like dad.

Turns out Walmart sells them in 2T-3T size … so I bought every package they had on the shelf. After the Gap ordeal (bought them, but they were too big) there were so many tears about underwear. So. Many. Tears.

You know what? Screw it. I’ve decided to pick my battles as a parent and this one didn’t matter. He wants boxers; he’s potty trained, not wetting the bed, still naps for me every day and is a happy guy. Done.

I also bought a new SD card for new camera and turns out that it didn’t go well.

As you can see I did finally got the photos off the card and we had a great time yesterday celebrating Jessica’s seventh birthday. 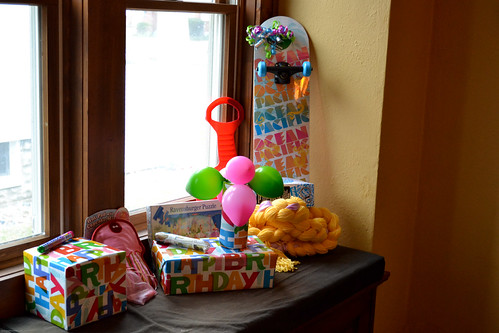 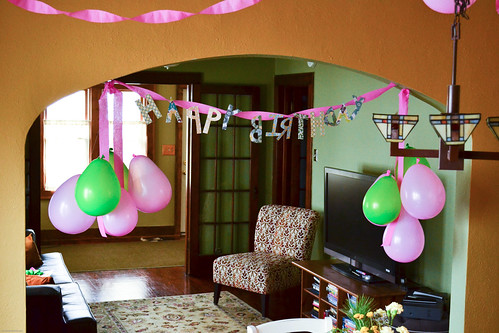 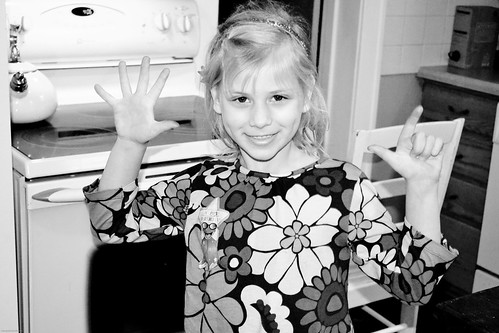 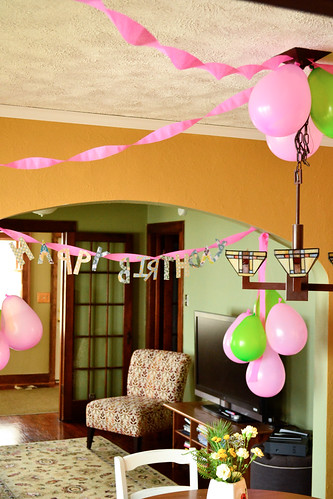 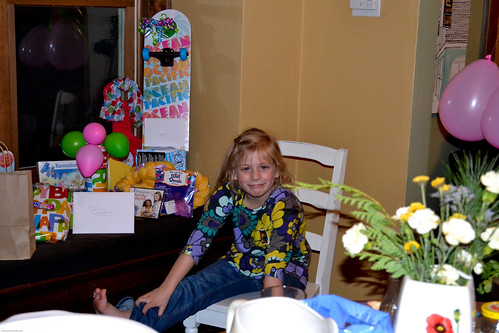 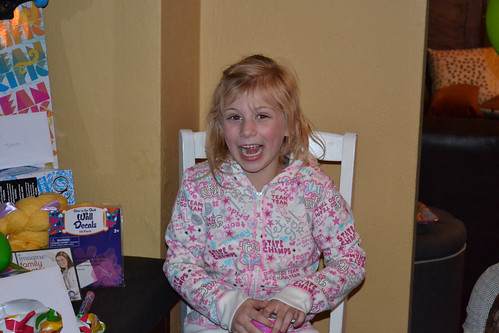 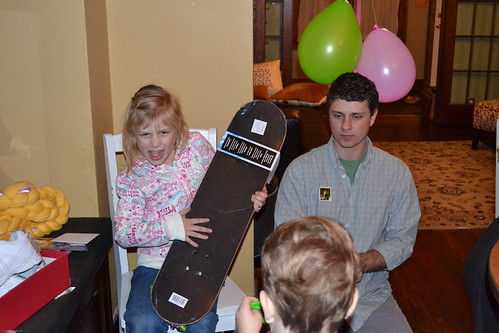 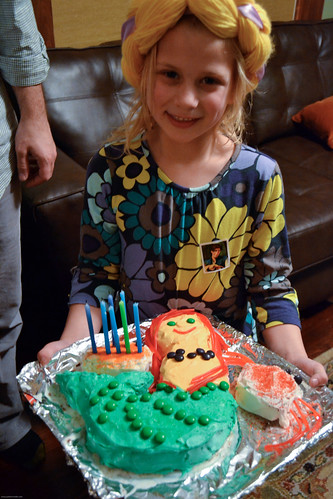 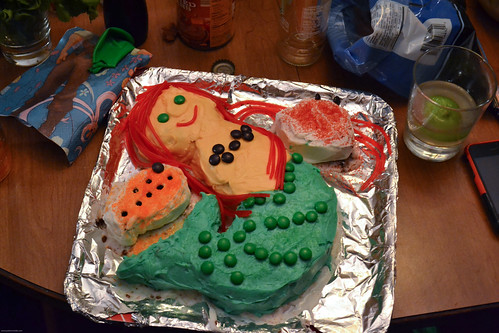 She got: money!, a skate board, a wallet, candy, blank shoes and fabric markers (she’s a fashion designer in her spare time), a puzzle, a joke book, some clothes, a sled for school and some accessories. I also hid 7 birthday cards around the house, her school locker, in her classroom and book-bag and in her gifts.

She plans on buying a Nintendo DSlite with her money, she’s been saving for one for more than a year now and she woke up early this morning to go in the basement and practice her skateboarding. 🙂

The mermaid cake was fun to do – I freehanded the shapes: there’s a mermaid, crab and a fish. We made a huge batch of white frosting, used sprinkles for the crab and fish then make a peach and a green for the mermaid. Licorice for hair, colored M&M’s for the tail, eyes and “shells”.

We served Tacos at her request but I also made these fish tacos, with tilapia, that were to die for. Mexican pop for the kids and Margarita’s for the adults.

A great night, indeed. I cannot believe I have a seven year old.

Our baby boy turned two on May 5th. 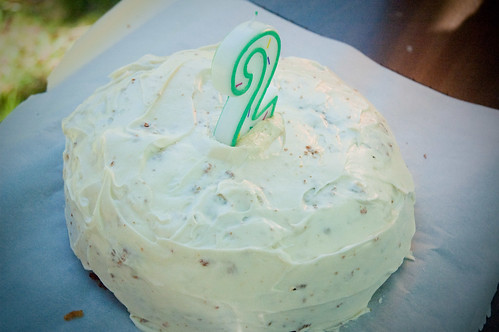 It was a big day for him. Lots of frosting and presents. 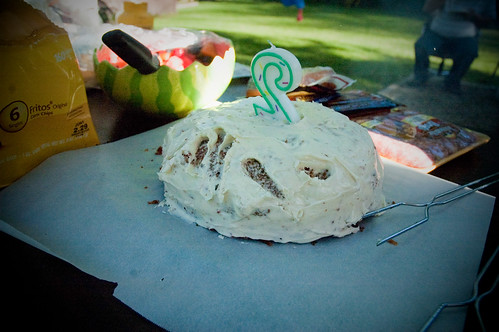 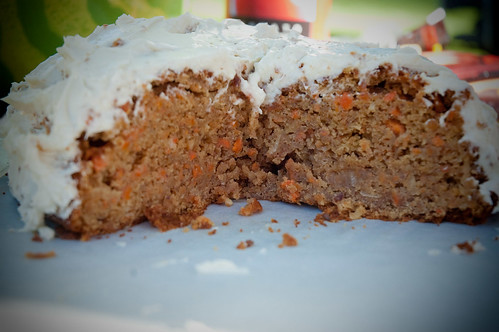 It was a big day for the whole family, really. 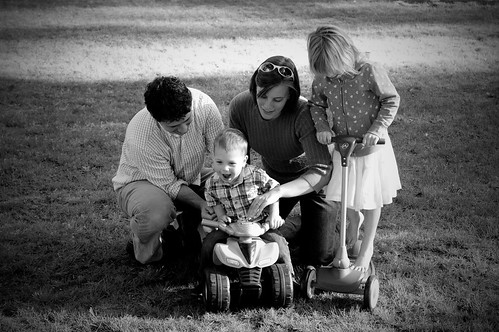 We celebrated the joyfulness he fills us with every single day … 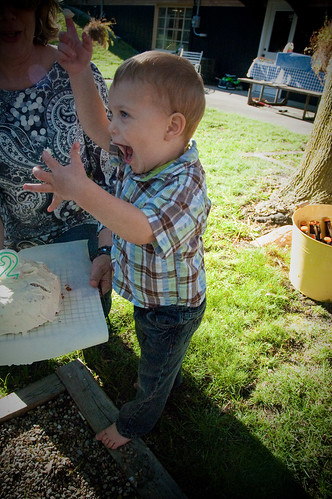 And how incredibly in love with life he is, he’s made us and he continues to be as his own little two year old self.

It was a very low key celebration with just Grandpa’s and Grandma’s, a few aunts and uncles. It’s not really our “thing” to make a huge deal out of birthdays outside of our own family of four. We like to celebrate each other in a big way, without fanfare or 17 primary colored toys.

Because celebrating life isn’t about getting, it’s about giving.

And he gives us so much. 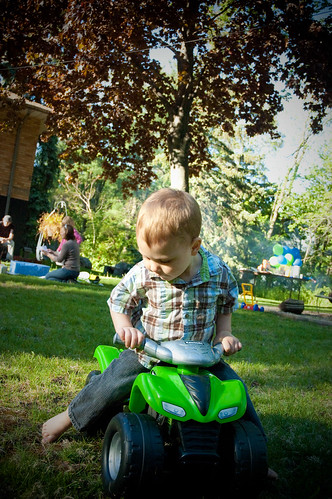 Being the baby of our family is fun, I think. My daughter and I like to cater to him but we also like to treat him like a big boy – because that’s what he prefers. She said to me yesterday, driving around in the car, that she can’t wait to be a Mommy! Hearing something like that from your own child is a pretty big compliment – because their frame of reference of mothering is you. It’s me.

I get pretty paranoid about screwing them up. Am I telling them I love them enough? Am I smothering? Am I strict enough where it counts? Do I establish boundaries well enough? It’s always about being enough and doing enough and accomplishing it all when really they see me being me. Just me.

Short comings, pitfalls in my own character, crabby and sad. They see it all. Of all the people in my life – my kids know me, my heart, the best. We’re with one another every single day, all day. But she chooses to see the happy, well adjusted person I try to be. She chooses to see me for me.

And she said she wants that, too.

Happy birthday to our little guy, to our special girl and to our family of four. We just might be doing this right – and we’re loving every single minute. 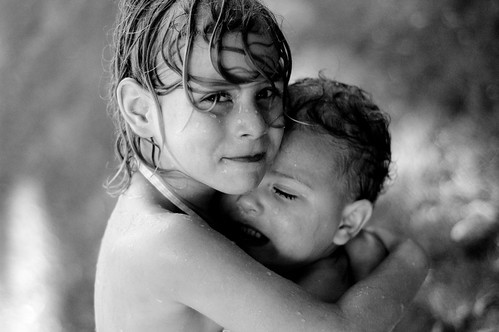 It’s my birthday today people. I decided last night that I wasn’t going to post about it, but it’s my 21st Birthday, and I’m pregnant – ON my 21st birthday. So my reasoning for telling everyone it’s my birthday is because I’m pregnant and this site is about me being just that.

Now some of you are thinking, so what if she’s pregnant on her 21st birthday? Yeah, I guess it doesn’t completely matter, I’m not a lush or anything. But I do enjoy the occasional alcoholic beverage, and now it’s legal – LEGAL people.
Typically on someones 21st birthday Aaron and I would drive out to GR and buy drinks for the birthday person with any number of our close friends. This, won’t be happening for Jodi tonight. And I’m not entirely bummbed, I never have been, nor do I plan on every being or wanting to be drunk. I have a 2-3 drink limit – which usually stops after 2. But I have been specifically saving some things I wanted to try for this birthday which will be put off until further notice.

It’s like when I was 9 or so – I begged my mom to buy me some of those HUGE old lady sunglasses from the dollar store, I wanted them in red. I ended up getting them along the way and I would sit in my mom’s blue Aerostar minivan, with my HUGE sunglasses on, chewing my BIG RED gum (more than one peice at a time, mind you … I was never allowed to have more than one peice at a time, but this was my secret exception to the rule) and I would have my very large play purse right next to me. All the while I would be driving my kids around town and pretending to be “Rich lady”.

That was my game. I LOVED playing Rich Lady. I pretty much got the idea from soaps on TV. My mom and I watched General Hospital when I was in kindergarten and it always stuck with me. The glamour of those HUGE sunglasses, being able to chew more than one peice of gum at time and DRIVING around town, for FUN!

I was and am a pretty simple minded being, I think. Imagination and anticipation kept my wheels turning and I never felt like I lost the innocence of having a childs mind. When I say that, I mean – like When I turned 16, I was extacitc about being able to drive, yes … but what really made my day … and I’m not kidding here people, was that I FIANLLY got put the seat belt on with my LEFT HAND.

So, like with every big event in my life there’s a much smaller one that takes the cake. I’ve never tried a martini. I’ve always wanted to try a martini on my 21st birthday. With 3 olives. That will make it for me. Not barhopping or anything … just a sip of the martini I’ve waited for, and those 3 olives.

So maybe in 9 months or even next years birthday I’ll be able to report back and let y’all know just how much that moment meant to me.