Someone in this house wants to shave his face just like daddy. 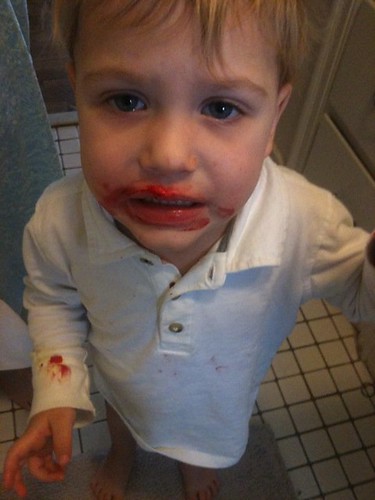 Oddly enough when this was going on, unbeknownst to me, I was talking with Jessica about how hard it is to have a younger brother (like I would know, I’m the youngest too … but I was trying to sympathize with her lack of enthusiasm at his involvement in her life) and we were touching on all the strong points:

He’s kind of a pain sometimes.
He makes her frustrated.
He doesn’t listen to her when she asks him to do things or to stop doing things.
He’s annoying.
Has she mentioned yet that he’s frustrating?

So, in conclusion she’s having a hard time sharing life with a younger (and obviously obnoxious) sibling who happens to be a boy. GASP.

Who forgot to warn me about this?

Turns out he’s all kinds of serious yet funny, dashing yet naughty and really, really prone to dangerous things. 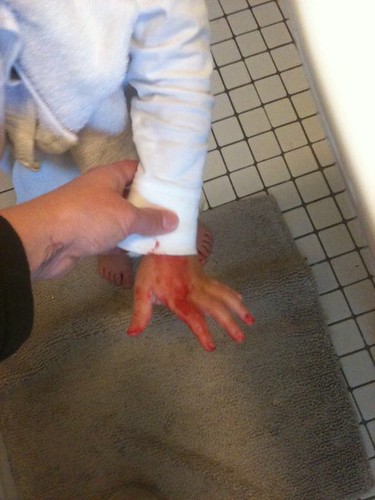 He wants to share life with each and every one of us, much like his big sister did when she was 2 1/2. Everything we did was interesting – so I can imagine that him being the younger one and having a bigger version of a kid in the house is like watching Christmas unfold every day.

What is she going to do next? Can I do it too? I wonder if I’ll jump as high as she did. Can I make more noise?

She gets to GO places. Like school. She gets to ride a bike without training wheels!! On the sidewalk!! She gets to use the umbrella and set the table and she can wipe her own derriere.

In his mind, she is everything he’s striving to be and more. She’s big. 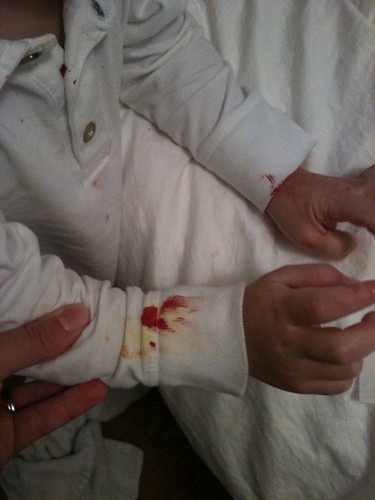 And so is Daddy.

Since this little guy was old enough to be captivated he’s been “shaving” with daddy almost every morning. Every morning they’re awake at the same time, that is. Every single morning that shaving happens and his eyes are open … you can find him standing on the toilet using a toe-nail clipper as his “shaver” and shaving with Dad.

Complete with shaving cream and all. It’s adorable.

Then this morning Aaron left his shaver on the sink – which is something he NEVER does. Has never done, I should say … until this morning.

So when I was talking to his big sister about how to better get along with him he was exploring the world of a razor blade all over his fingers and lips. Only, isn’t the cream usually white? What’s all this red stuff? 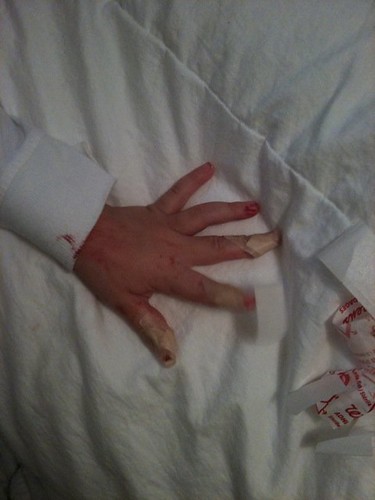 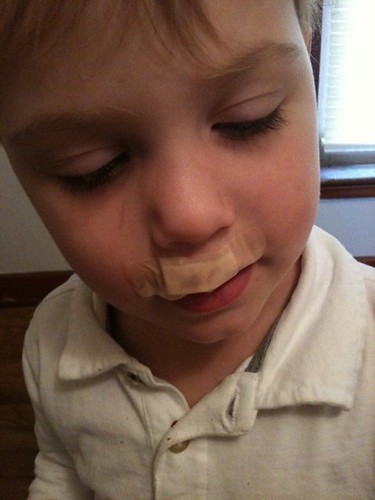 Keep your arms and limbs inside the carrier until the flight has made a complete stop. Fasten your belts at all times. We’re on the ride of our life.